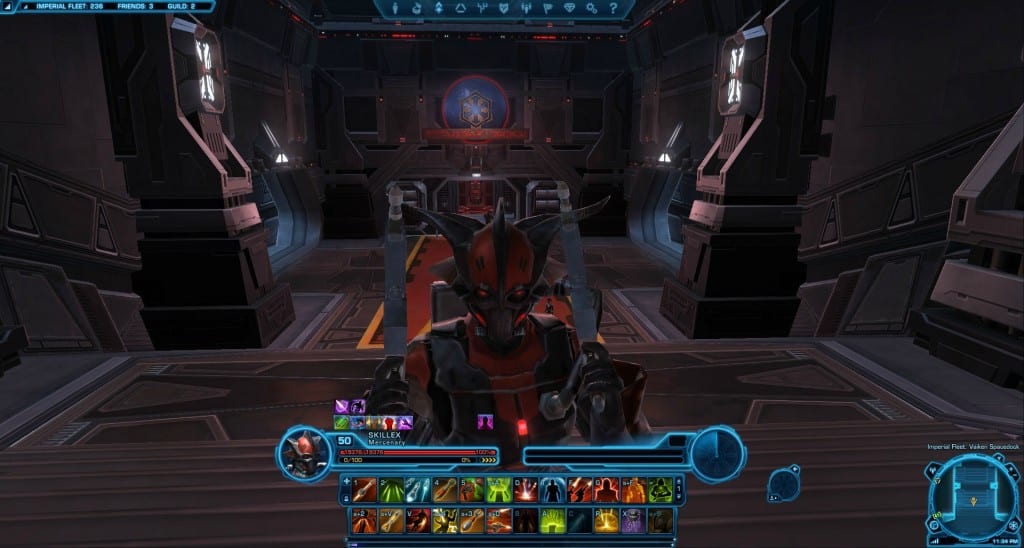 Chimerashot: The way Campaign gear is set up, some DPS classes have the Armoring with more Endurance instead of their main stat. Can we expect this to change /what was the reasoning behind this?

It’s an undesired interaction between the distribution of the mods and the move to set bonuses on the armoring. Future gear provides set mods will use the primary stat over Endurance for all DPS classes.

Achyllis: Why don’t cool downs all reset on death in PvP?

Doing this would encourage a couple of things that, so far, we don’t necessarily want to encourage. When you take a position from another player or group of players in a Warzone, holding that position is harder when your group’s abilities are still cooling down and that isn’t the case for the incoming wave of attackers. We entertain this idea every now and then, but we keep arriving at the notion that it would create too much turnover and death zerging, which have historically proven to not be fun. We also like the tension in the decision of blowing everything to finish someone off in a clutch moment versus acknowledging defeat and coming back in full force. The decision of “going all out” should be a strategic and tactical one rather than a no-brainer that you squeeze in before each death.

In the weeks immediately following launch, we had planned and scheduled for as much bug fixing and emergent balancing as possible, and faster class/balance updates were more feasible as a result. Smaller, more frequent class changes proved to have an overall positive impact on the game, so yes, we hope to get back into that kind of rhythm soon.

Esendis: Can we expect some kind of change to the current pve relics? As it stands now the BIS pve relics for many advanced classes are the pvp ones.

In the long run our intent is to make sure PvP gear is never competitive in end-game PvE situations. Unfortunately, it’s still too early in the design process for us to give an ETA or release any details on what we’re planning for PvP gear. We currently have no plans to change the PvE relics. In theory the active abilities on the PvE relics do not provide quite as much sustained damage-per-second as a passive relic at the same item level. In practice, when used at the correct time they can deliver a huge amount of damage when you actually need it, and can make you much more effective overall. This is especially true when the relic is paired with powerful cooldowns or burst damage attacks. This is the primary reason we changed the PvP relics into passive relics, as skilled players could wipe out their opponents much more quickly than intended, and nobody likes to be killed before they get a chance to fight back. On the PvE side we decided to keep that extra bit of gameplay, since it helps break up rotations and adds a extra little optimization element to damage dealing in boss fights.

Dyronis: Are there any plans on making Purple, Cyan, White crystals craftable by Artifice?

We don’t currently have any plans to make those colors craft-able. This might change in the future, but even if we introduce crafting schematics for them we intend for those lightsaber colors (especially White) to remain relatively rare.