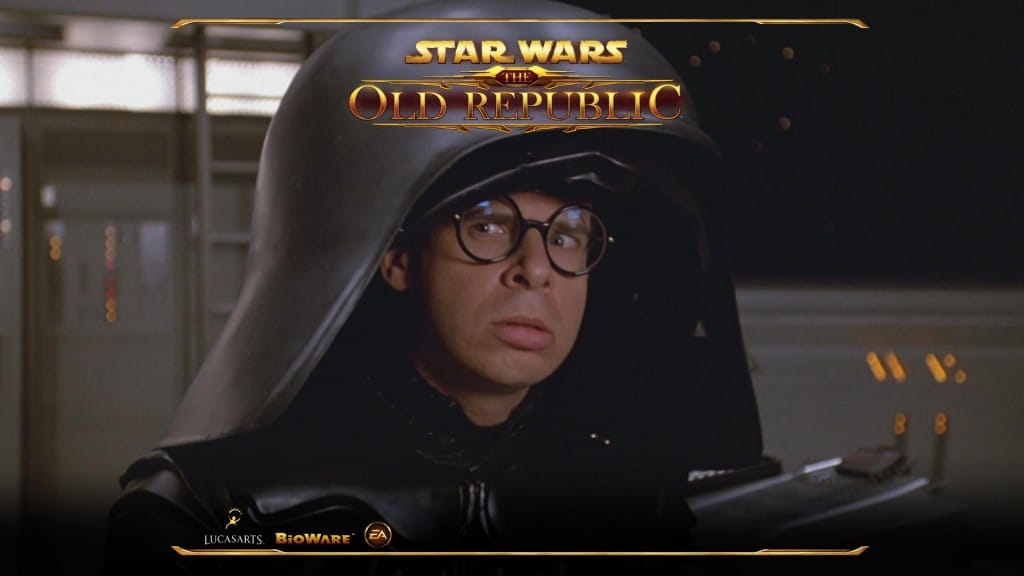 Q: Has the boss vs. player death ratio in EC changed much since 1.5 was released?

Jonathan: It has changed a little bit since 1.5. In general it seems to have worsened a little, but that’s mainly because most level 50 players are busy playing around in Sector X and doing the HK-51 missions, which makes getting a full group harder. We all know that PUGs tend to not perform as well in Operations when compared to well-organized groups who have been farming the Operation for a while. All in all though, the general trend for Explosive Conflict and Terror From Beyond is a gradual decrease of the player death to boss kill ratio, which is what we monitor closely to make sure the Operations remain both challenging and rewarding.

Q: According to the chart, the most time is spent on Fleet?

Jonathan: The Fleets are central areas to our game; they are where players often go to as they wait for Warzones or Flashpoint groups to be formed. They’re where players go to trade things on the GTN, do some crafting, and also a place where a lot of players like to socialize. All in all, there are many reasons for players spending time on the fleet. We are always looking for ways to minimize time spent on them, though.

Q: I saw you said you analyzed PvE operations statistics, so I’m guessing you might also dabble in the numbers surrounding PvP. If you could possibly expose some of those numbers to the community, there would surely be some great discussions here on the forums from those numbers.

Jonathan: We pay very close attention to both engagement and balance in PvP. Some things we examine are player kill to death ratios and average rewards gained for every class to make sure that balance is maintained across the board. We also examine hourly Warzone numbers to make sure there are enough players queuing up to minimize the amount of time it takes to get into a Warzone. The mega servers provided a significant influx of PvPers that helped significantly reduce our queue times. We also examine average Warzone length to make sure that every Warzone has a similar ratio of reward to time spent. Balance-wise, kill/death ratios are well-balanced, with all Advanced Classes having kill/death ratios very close to each other. Healers tend to die a little less, but this is mitigated by the fact that they don’t kill as much and thus rewards given are quite equitable across all Advanced Classes.

Q: Have you looked at using an XML database like Mark Logic or BaseX as a repository for unstructured data that will be used in analytics? I’ve done some “big data” work and have found XML databases to be much more flexible than table based relational databases.

Jonathan: We use a tool for parsing sentiment in social media and chat logs that scrapes unstructured data and then creates triples (subject, action, target) that are then associated to various categories (positive, negative, bug, planet, pvp….). This gives us the basis for a structured database that we can use to figure out which topics are being spoken of the most and how people chatting lean, sentiment-wise, towards that given topic. We also have a great community team that spends a lot of time every day examining chatter to see more immediate player reaction. So to answer your question specifically: we haven’t looked at an XML database. I might just have to look into it!

Q: What are the most common hotspots for role-play? (Perhaps an analysis of which areas people tend to use the /e command or the say channel would provide a rough estimate of where people tend to role-play).

Jonathan: That’s an interesting thought. We do have the ability to examine chat and associate it with a given area, but it would be fairly high-level, such as the Fleet, or this planet, or players’ starships. I might have to look into that.

Thanks for all your questions!