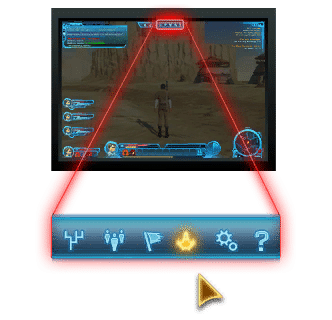 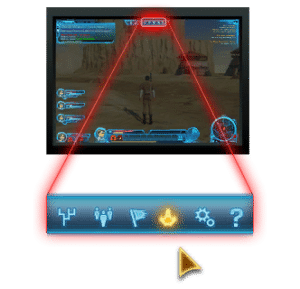 We have some more datamined info for you courtesy of SWTOR Miner on Reddit. Again, keep in mind that data mined info is not guaranteed to be in the game. It’s mostly speculation and rumor. Just because something is in the game files does not guarantee it will make it live to the game. There are some game files that have been there since beta and we have not seen the features go live. However, a great number of things we see in PTS data mines do end up actually in the game. Either way, it’s fun the pass the time- especially when there is not a lot of other new info coming out.

So anyway… let’s take a look at this mined data.

swtor_miner brought us another update on the 2.2.2 PTS:

Well got little bit of special alone time with the 2.2.2 PTS files, and I thought I’d share my findings.

While best known as the founder and CEO of Galactic Solutions Industries, Addalar Hyland has also made a name for himself as a philanthropist, using his vast wealth to further the causes he deems most worthy. One such cause is the eradication of the rakghoul plague, for which he has created The Hyland Organization for Rakghoul Neutralization, or THORN. Tasked with searching for a cure to the plague while also stomping out major planetary infestations, THORN regularly accepts talented volunteers, who are affectionately referred to as “Neutralizers”.

Increase your standing with THORN by completing missions provided by Neutralizers and THORN mission terminals located throughout the galaxy.

This meshes with the other Rakghoul event changes I’ve been seeing over the past few patches. So, I think we’re getting a revamped, almost Gree-esque, Rakghoul event sometime in the future.

I then noticed the reputation faction right above it, Hutt Space Navigators. I’ve known about this reputation faction for a little while now. I has assumed that they were a defunct faction replaced by the Makeb Rep/Imp factions. Now I’m not so sure, so here’s their entry.

As the Hutt Cartel has tightened its borders and increased patrols to ensure that all necessary kickbacks and “fees” are being paid by anyone traveling through their space, an elite cadre of starship captains have taken it upon themselves to ensure that passengers and goods can still be carried through Cartel territories without unecessary Hutt entanglements. Known as the Hutt Space Navigators, these brash smugglers have quickly made a name for themselves in underworld circles–and risen to the top of the Cartel’s most wanted list.

Earn reputation with the Hutt Space Navigators by trading in commendations earned from Flashpoints, Warzones, and Daily Missions.

This could be related to the “bounty hunter event” that’s been teased recently, or it could just be something that was dropped.

By now you’ve probably seen the Tauntaun Mount datamine post. I decided to try and locate the model, but I couldn’t find anything new. So looked at the ability that was referenced in that post “abl.test.jr.mount.tauntaun,” and was disappointed. It seems that it’s just a copy of the Gree Blue Sphere mount right now. I’ll keep an eye on it though.

Other than removing some old abilities, a smathering of new icons/graphics and some tweaks to TfB/S&V bosses, I didn’t really see a whole lot else that changed.

I did find an interesting new “comming_soon” tutorial image, and another one from the live client that you guys might find interesting.

I guess they will have to do till I get some more free time.

So what do you think? Anything new coming or is this data just stuff we already know about?