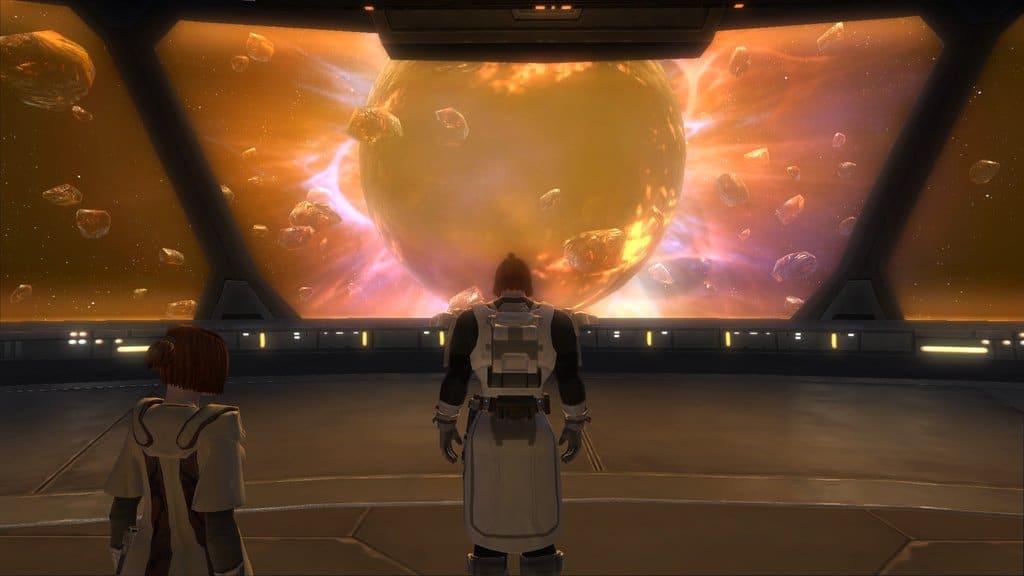 New Launcher Feature: Streaming Mode! The Launcher now uses a streaming mode, which will allow new players to begin playing prior to downloading the entire game.

It’s good to see this in SWTOR. I can see how such a large game download could turn a lot of people off the game, especially more casual players that are located in areas with a less than perfect Internet connection. Hopefully this will encourage people to get in, play the game, and really increase overall interest in this game.