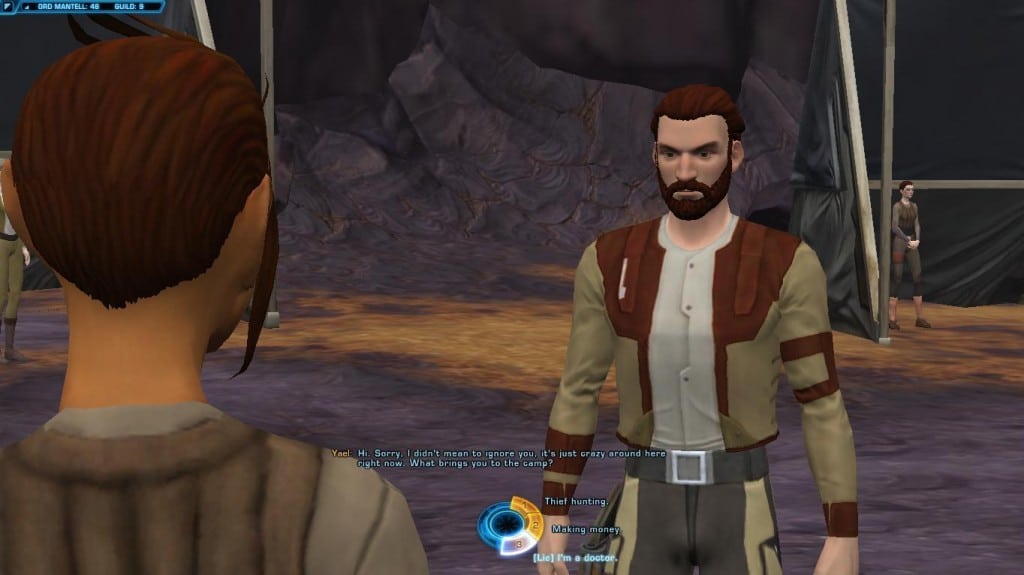 Are you a fan of PvP in SWTOR? If you are, then you might have a rebuttal for this SWTOR PvP rant from Hyperspace Beacon. Or maybe you’re none too pleased with SWTOR PvP and you agree with what they have to say.

I agree that they make some good and valid points but overall, I enjoy PvP in SWTOR and I don’t agree with the rant. Also, they begin the piece that blasts into SWTOR PvP with the lines “I will not pretend that I see the whole picture. All I can see is the situation presented to me. And from my perspective, PvP in Star Wars: The Old Republic is broken.”

Honestly, this opens the doors largely to criticism of this review because it’s little more than an opinion-based rant of one person’s limited point of view of an aspect of the game. That being said, without the opinions of the players, where would be we?

Besides, the rant was clearly labeled as such. So I gave it open eyes and read through the whole thing.

The flaws within SWTOR PvP exceed and trample on the positive parts of the PvP game. Despite being one of the most balanced and fun parts of the game in December of 2011, changes to the system have caused this part of the game to become less and less fun over time.

What happened? If PvP used to be enjoyable and now it’s just a drag, what changed? The unfortunate answer to that question isn’t a simple one. We can’t point to one action or one flaw that broke the system that everyone used to enjoy. I went so far as to say that the team at BioWare needs to stop working on PvP because it’s taking the team away from expanding on the things that actually work. In fact, PvP changes ruined high-end PvE for some classes like Shadow/Assassin tanks. From my perspective, the team working on PvP is focused on the wrong aspects of the game. I will break it down the best I can.

So they go on to explain the issues that they say make PvP wrong in SWTOR such as no open-world PvP zone. This part, I can agree on. Ilum and Outlaw’s Den were a bust.

The stun/resolve system is another complaint. And another point of discord is the achievement-based killers. The article says “If you’re a guy or gal who is driven to gain perks within the game because it is the best way to dominate another player or team, then I’m looking at you.”

BioWare has not been kind to you. Since launch, your bread and butter has been instance-based PvP and the only thing you have to show for it is a crappy suit of armor that will be replaced again in three months. There are no charts to show that you have the best ELO rating, or that your team beat another top level team. On top of that, the number of viable PvP builds is very narrow. And any step BioWare has taken outside of arena PvP has fallen flat on its face.

To be perfectly honest, I don’t know how many PvPers are left in SWTOR. Because of the age of most of the arenas and the amount of time the consistent PvPers have spent in those Warzones, those players have all the winning strategies down cold. I’d think that most of them can win any given Warzone without having to think about it. This disparity makes top-level PvP extremely difficult (or at least frustrating) for those who are looking to jump in fresh.
But honestly, how is any of this Bioware’s fault? It’s the nature of any game- those who play the most will have the advantage. Don’t even get me started on how this applies to first-person shooters…

Then he goes into the gear complaint- which does have some valid points. Many players have continued to complain to Bioware about how the PvP system is gear-based. Well, that’s pretty much any game, especially MMOs these days. You play more = you win= you get better gear= it’s easier to win again.

Such is the nature of the beast of MMORPG PvP. I’m not sure it’s SWTOR that is the blame. The bottom line is that more casual players or PvPers want to be able to come in and have an even playing field with those who PvP hardcore every day and honestly, that’s just not going to happen.

Is there room for growth? Yes! Is there need for some improvements? Definitely!

But I don’t believe that PvP in SWTOR is a lost cause.

Larry Everett says, “I don’t believe the PvP team has a grasp on what PvPers are looking for.”