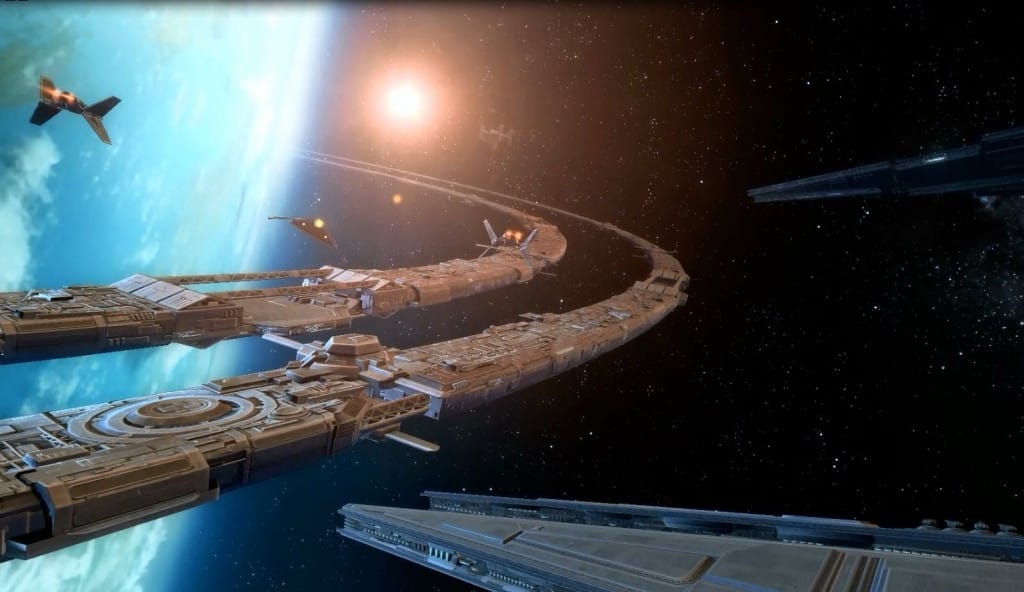 Here is a new role playing Developer Blog from the BioWare crew. This one is journal entries were logged by Shroud SF-4 in advance of the mounting situation concerning Kuat Drive Yards, and he seems to be quite concerned which side will win the battle of Kuat. Makes me wonder if the Shroud is possibly working with the Star Cabal, as they are notoriously known for putting the republic and empire at each other. For those who may not know who the Star Cabal is, play the agent’s story 😉

The original blog post can be read here or you can read our copy paste below:

Analysis: K-33 seeks influence over KDY, but not direct power. K-33 will attain the ability to funnel further Imperial assets into KDY for sabotage or seizure. Effect on Shroud interests: negligible.

Analysis: K-33 has raised suspicion and created doubt. No longer viable as a recruitable Shroud asset, but further observation warranted as KDY remains one of the Galactic Republic’s most important partners.

Analysis: Unsure if K-33 still on mission or thirsty for power. Too eager either way. Not a very good agent, but could prove useful as a unwitting collaborator. Will find out soon.

Initial contact made under guise of shipyard administrator concerned with lax security. Appealed to K-33’s ego. Promises to walk me through all security measures as an act of reassurance.

K-33 found me out. Says I was too eager to get on station. Took a Vibroknife to the back. Will encrypt and transmit logs in hopes you receive this. Data on Imperial intentions should still prove useful.

Analysis: Won’t be much longer now. Sorry for failing you.

I’ve since splintered and sold the information provided by SF-4 through numerous intermediaries for the SIS to obtain–at a steep price–and piece back together. The Republic is now formulating a plan to counter the Empire’s actions, deploying fleets and squadrons of fighters to strategic locales. This should keep both sides sufficiently occupied and less concerned with the affairs of those such as myself and my organization.

But let me be clear: our good fortune is in spite of Shroud SF-4’s actions; NOT because of them. If I have sent you out for observation, you are to OBSERVE. Nothing more.

Assuming I have your full understanding, I am sending you to the Kuat Defensive Station where Shroud SF-4 perished. You are to find and dispose of his body and belongings, and then survey all movements on the station. I suspect it won’t be long before KDY is awash with Imperial and Republic forces at one another’s throats, and it would serve me well to know who comes out on top.

Looks like we have a character named “S” for now that is not Imp or Republic that has a spy network.

He/she deployed an agent Shroud SF-4 to watch Kuat shipyards which builds ships for the Republic, and is not actually on the planet. It surrounds the planet like a ring.

SF-4 intercepts imperial comms to Adm Ranken (our trusty admiral for GSF) and realizes there is a way to shut down the defenses. SF-4 puts together that Imps are planning to attack.

S is sending this message to a new SF-? to look over Kuat and just observe. But his/her remarks clearly make it sound like they will watch Imps and Republic duke it out. Meaning not SIS.

I would guess that K-33 is Imp Agent as Kuat is Galactic Republic. And that he uncovered the flaw in Kuats systems.

I’m guessing SF-4 and “S” are actually corporate members of Arakyd Industries. A Major ship and droid maker, who would love to get the republic’s contracts for ship building. Right now, I think at this time Arakyd is only producing droids and ships for the Mandolorians? IDK. I know they exist at this time frame. Reason Arakyd sticks out is they used to make ships called Shrouds that I seem to remember Boba Fett liked shooting down. I had to refresh myself on Wookieepedia to remember Arakyd tho. Wild guess