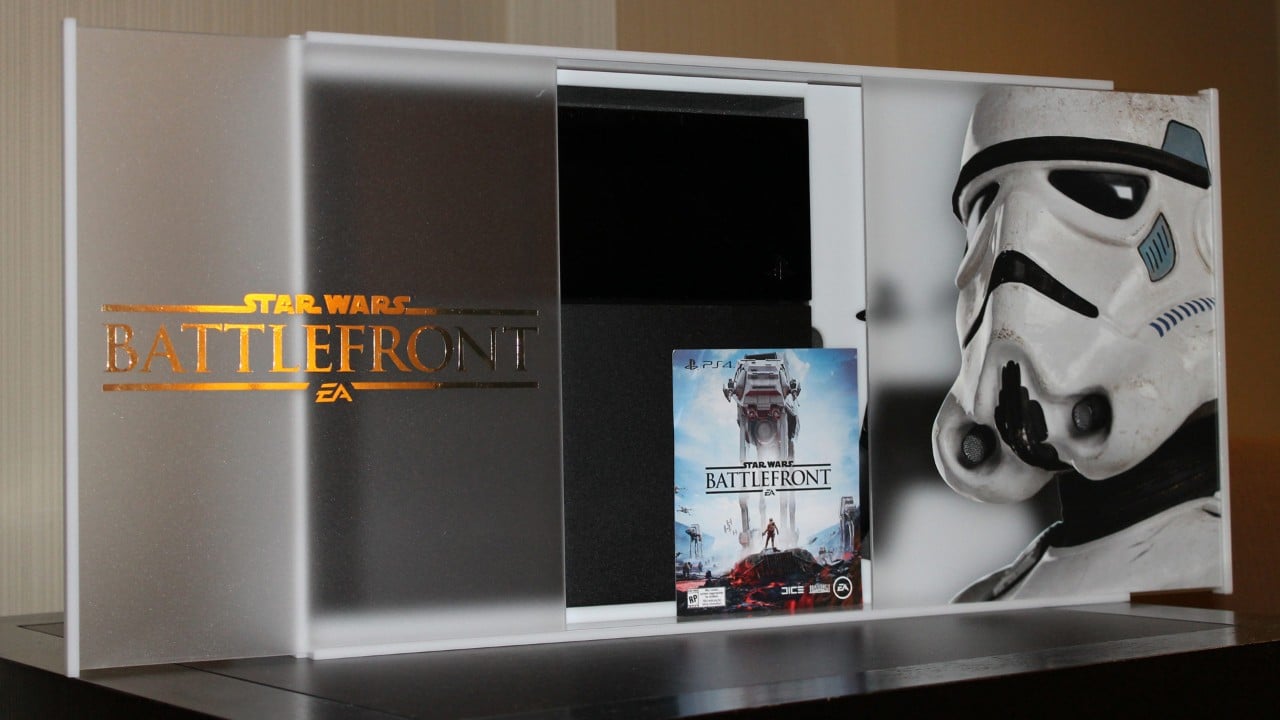 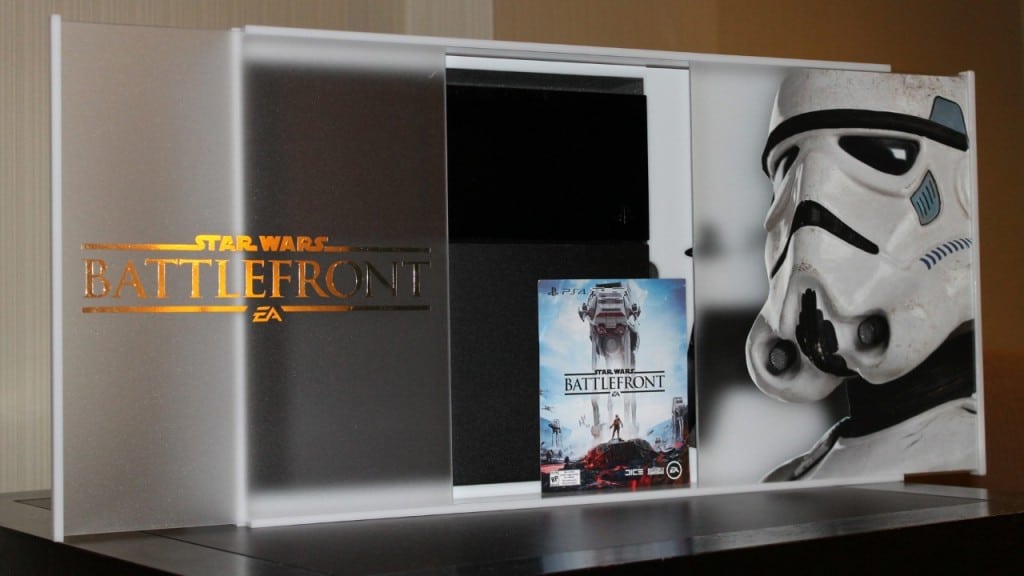 The upcoming Darth Vader-inspired PS4 bundles announced last month on the PlayStation blog last month that they have now been made available for preorder. Sony released information earlier that it would be debuting two Star Wars bundles in November to go along with the release of the third largest installment in the Battlefront series, Star Wars: Battlefront, on November 17th.

This past Friday, news came out that the Darth Vader-themed PlayStation 4 game console, which is also scheduled to launch together with the EA DICE game, is now available for preorder to retailers all over the country.

The limited edition PS4 system was first introduced at the D23 Expo in Anaheim, California and it has been inspired by the Star Wars iconic villain, Darth Vader. This premium gaming console features the Darth Vader image by laser-etching and it’s also comes with a special DualShock 4 controller that has been designed inspired after the Star Wars arch villain’s chest panel, and the Star Wars logo is embossed on the touchpad. This special PS4 is bundled with a Star Wars: Battlefront Deluxe Edition title.

The package for the PS4 will also have four free digital titles with trophy support and even more enhanced graphics that are playable with the console. These include Super Star Wars, Star Wars: Bounty Hunter, Star Wars: Racer Revenge, and Star Wars: Jedi Starfighter.

This Limited Edition Darth Vader PS4 package is going for a $450 price tag. Sony is also offering to buyers a Standard Battlefront bundle for preorder that will include a regular PS4 console that has a black DualShock 4 controller, a copy of Battlefront, and the four free Star Wars digital download games for the price tag of $400.

There is also a Limited Edition Disney Infinity 3.0: Star Wars bundle with a PS4 is also available for preorder. This new bundle will include a 500GB Darth Vader PS4 system with a wireless DualShock 4 controller, the Disney Infinity 3.0: Star Wars Edition PlayStation Exclusive Hardware Bundle Kit, and this all comes with a price of $450. This is scheduled to launch before Star Wars: Battlefront, on November 13th.