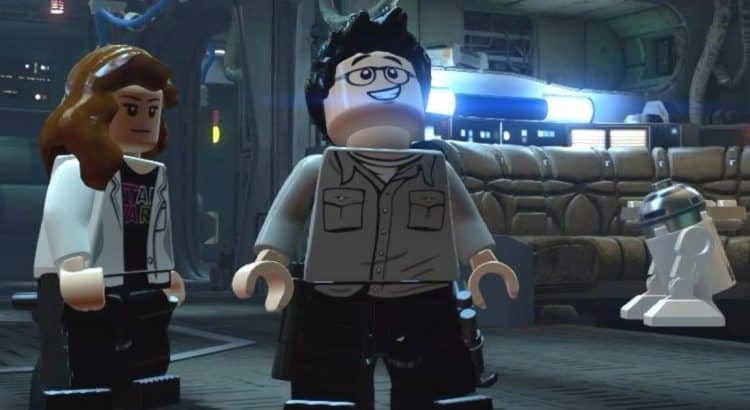 Here’s one more fun fact about LEGO Star Wars Awakens: You can play J.J. Abrams in the game. Seriously. This is a thing.

We’ll just let that sink in for a minute.

So the series is known for making silly games but here is one we didn’t see coming. Are there people (kids even) out there playing this game who just really, really wanted to play as their favorite movie director? My guess is it was really just a way to recognize Abrams for his hard work and great job on the latest film. Honestly, it’s a fun little way to honor the director in a fun little game based on the very popular movie.

Actually, they put Abrams and Kathleen Kennedy in the game as LEGO figures so it definitely seems like a nod to the people who helped make The Force Awakens happen. And honestly, even if the kiddies don’t get it, I kind of like it. I think I’d play as them as least to check it out. I’m not sure how much damage he’s going to inflict with that little camera but if nothing else, he’ll be live on the scene to catch all the action.

Check out gameplay video from Kotaku below:

So there you have it.

A little research shows that it’s actually not the first time this has happened. Other LEGO series games have directors and filmmakers in them. So there’s your fun fact for the day and if you’ve always wanted to be a brick J.J. Abrams, you better get the game for yourself and check it out.