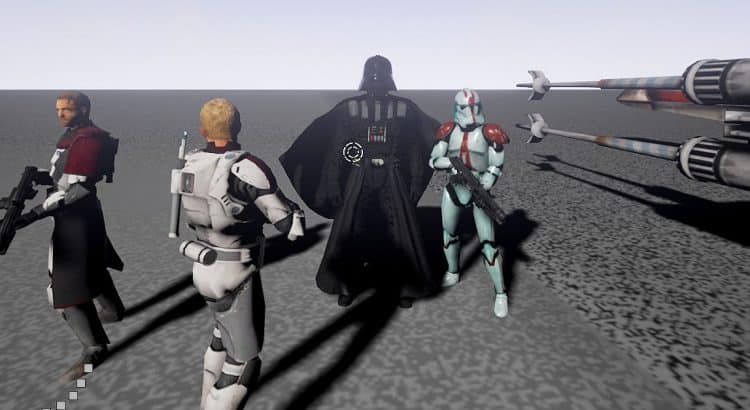 If you haven’t yet heard about Galaxy in Turmoil: it used to be the shall we say proposed successor of Free Radical’s abandoned Star Wars: Battlefront 3, pampered and brought up by FPS Frontwire Studios. Indeed, for a short while there, it looked like the fan-made revival of the popular title was actually viable. Back in June, Frontwire announced that they had secured the green light from Valve to share the game for free through Steam.

Things have taken a very sudden southward turn though a couple of days ago, when a blog-post surfaced from Frontwire, effectively announcing the termination of the project. LucasFilm had apparently issued a cease and desist order regarding Galaxy in Turmoil back in June. Having committed resources, time and dedication, Frontwire didn’t throw in the towel straight away though. They tried to set up a meeting with LucasFilm, which they surprisingly got. As it turned out, LucasFilm were very open to the idea of working out some form of licensing setup with Frontwire, but their contract with EA made it impossible. EA had some – presumably legitimate – concerns that the title would draw away attention from its own Battlefront, therefore even the idea of pushing Galaxy in Turmoil behind an EA pay-wall was discarded.

All the work, effort and dedication that Frontwire have sunk into the project won’t go to waste though. Despite having been informed by LucasFilm that the latter would have no problems with a Battlefront-inspired title as long as it wasn’t making use of the Star Wars IP, Frontwire have decided to move away from the Star Wars angle and to create an original game that would still sport all the bells and whistles Galaxy in Turmoil was planned to sport. In fact, the game will still be called Galaxy in Turmoil and it will apparently still be free on Steam.