We finally have some more details about the next SWTOR game update. Patch 1.3 is coming this summer (soon) and we have a bit of information to get us started regarding what we can expect from the game.

IGN has an interview with BioWare lead game designer Daniel Erickson that gives us some more detail about 1.3 and what it has coming with it. Here is a snippet of that interview:

IGN: The recent Rakghoul Plague Outbreak was the first world event in The Old Republic. How did you expect players to react, and how did that compare with the actual reaction? What are your plans for future world events?

Daniel Erickson: We were hoping for three things: to surprise the players, to create community interaction, and encourage open world PvP on the PvP servers. All three were far more successful than we had any right to hope for. The community really took the event and made it their own. We’re keeping future plans and alternate ideas under wraps right now. If events stop being surprising we lose what makes them special.

IGN: The group finder has been a requested feature since The Old Republic’s launch, though there seemed to be some initial resistance against the idea because it would disrupt the flow of exploration. Why is now the right time to implement it? And does it support cross-server play?

Daniel Erickson: In the early days post-launch we wanted players to be discovering the game for the first time and forming natural social groups. A huge wave of players come in all at once in the beginning and finding a group is never really a problem for the bulk of players. Now players have spread all across the leveling curve and the Legacy system is causing players to roll new characters like never before which means we need a simple, flexible system to put players together with other players in their level band. We still want to respect the communities that have developed on servers so it does not support cross-server play.

So with that, let’s take a look at what we can expect from this game update (planned for sometime in June):

It has been confirmed that we will NOT see duel specs in this game update. There are some rumors floating around but this is the only confirmed info at this time. We will continue to update you as we learn more.

Thanks Dulfy for a handy Infographic depicting all the details we know so far! 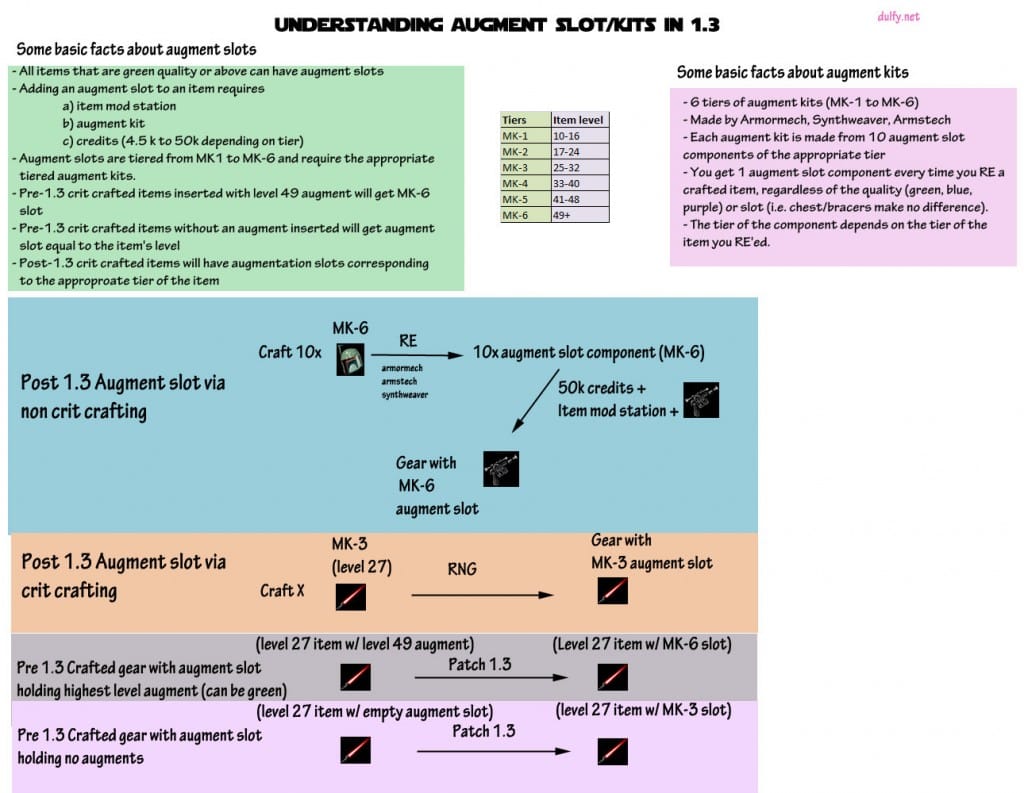