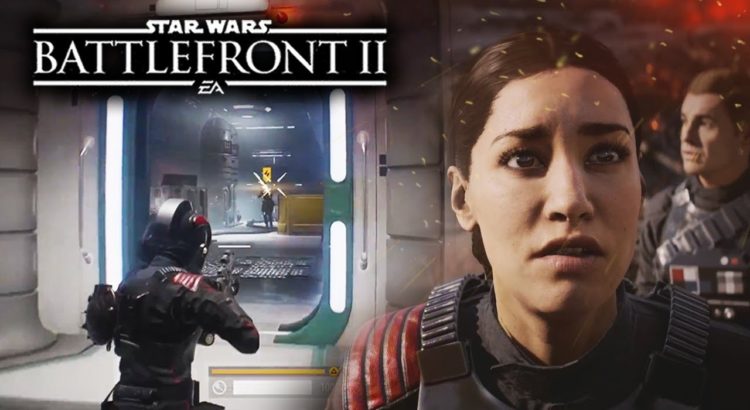 There hasn’t been a great Star Wars game with a quality story since The Old Republic. Those of you who have been here with us since the beginning know that it’s been nearly 6 years now. Needless to say, we’re overdue a new game with a great story. Will Star Wars Battlefront be that game? Some have hoped for it but the first game didn’t measure up. So did DICE listen to the fans for the sequel?

Some say yes. Time will tell for sure.

Early access was given to a handful of gaming reviewers and from that, we ask the question: Is the story any good?

Gamerevolution seems to think it was. From their preview of the game:

He says this campaign in the best story in Star Wars gaming we’ve seen in years. There’s some good news to balance out all the negative spewing around the game this past week. But does it hold up?

Many accused EA of killing the single-player experience and Star Wars Battlefront didn’t have much in the way of single-player story. The hope (and expectation) was that this would change with the sequel.

This reviewer says, “”I’ve played through the first three missions of Star Wars Battlefront 2, and so far I’m impressed.”

He goes on to describe some of what you see and do in these first three missions of the campaign and closes with, “The campaign so far is a blast. The controls are just as tight as multiplayer, and the (canon) story is the best we’ve seen in a video game in years. We haven’t actually seen an actual full-length Star Wars story in a new game in years, but even if we had, I bet this one would compare pretty good.”

So while the loot boxes and other multiplayer features may be less than desirable, at best, could the game redeem itself at all with a great single-player campaign mode?

I suppose we will have to wait and see.