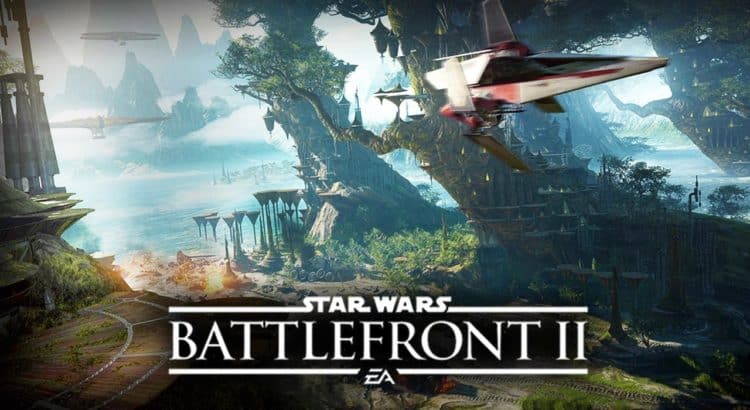 When it comes to Star Wars Battlefront 2’s multiplayer mode, the fans had a lot of feedback to deliver to DICE. It would seem the developer may have taken some of this into consideration when it comes to making

With a lot of early previews out, we got to see what some game reviewers think of the game before it was available to everyone on November 17th. We already know there is a big controversy around loot boxes, and the amount of time or money it will take to unlock everything. But what about the gameplay itself? What about the multiplayer modes and features? What about the modes and maps? Is there still a playable, enjoyable game in there, despite the complaints?

This reviewer from Twinfinite seems to think so. They say, “We recently got some extensive hands-on time with the multiplayer, and what we found was a robust offering with some healthy variety in modes and maps.”

While they do have good things to say about the multiplayer features of the game, they echo a common complaint we’ve seen before. The game’s progression system is confusing and convoluted.

“Not every mode has returned from the previous game, with things like Droid Run dropping by the wayside. This isn’t a problem, however, as Battlefront 2 has the core modes along with some big alterations to space battles and Walker Assault. You have Strike which is an objective-based infantry match, Blast which is basically Team Deathmatch, and the ever-popular Heroes vs. Villains. All of these modes are good for jumping in for some quick matches, and Heroes vs. Villains is as much chaos and fun as you’d expect. The big additions here, however, come with Galactic Assault and Starfighter Assault.”

You can read the full review to learn more about their experiences in maps and modes in detail. The overall consensus is that there is variation to keep it interesting, it’s challenging enough, and it suits the Star Wars fans in look and feel.

One of the biggest complaints in Star Wars: Battelfront 2 is character progression, which seems to be poorly designed and takes a long time.

“Each class, starfighter, vehicle, and hero in the game has their own set of Star Cards to unlock and equip. There’s not a lot of explanation on how you unlock Star Cards, or what a Star Card level even is without doing some figuring out of your own. You can get Star Cards through the game’s loot crates, or by purchasing them with scrap. Scrap can be gained by again purchasing loot crates with credits earned in-game or through completing challenges.”

Again, too much. Even hardcore fans of the game series seem to be echoing these sentiments.