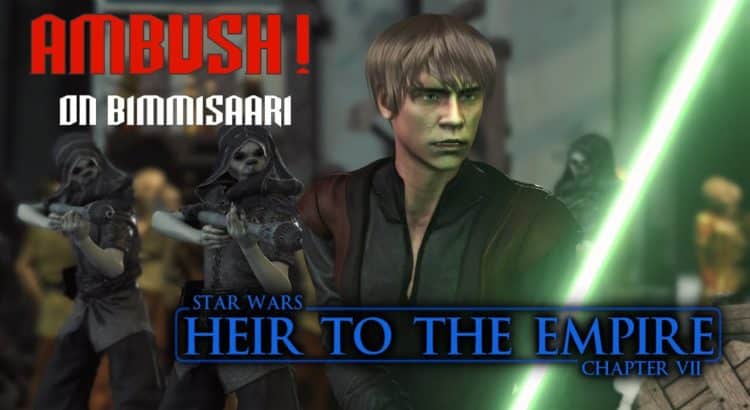 I don’t know about you, but I, for one, am becoming emotionally invested in this series. Star Wars: Heir to the Empire has a new chapter up and since the last one left us hanging with Leia and Han in a precarious situation, I couldn’t wait to see how they would all get out of this one.

These shorts are so well done and I can’t imagine the amount of work that goes in to pull it off. I really enjoy them and if you are hearing about this for the first time now, please go back and watch Chapters 1-6 before you watch this one.

Now, are you all up to speed? Great! Let’s move on to the next chapter.

What happened after that cliffhanger on the market scene?

If you haven’t seen the previous 6 chapters, you can catch them here

Chapter 7 of Heir to the Empire, by Timothy Zahn. Adapted into a short fanfilm.