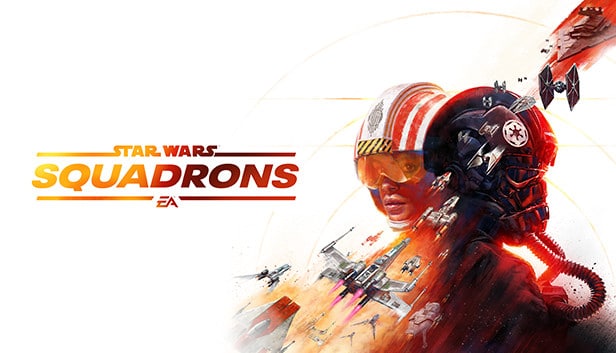 For many years, new “Star Wars” content was few and far between. When video games were released, we were expected to be content to play them for years on end. The idea of a new movie was laughable, and after the misery of the prequel trilogy, there weren’t all that many people who were receptive to the idea of seeing one anyway. A live-action television series like “The Mandalorian” would have been unthinkable. We all know what’s changed since then. Disney came in, and since then, “Star Wars” has been everywhere. There are new films, new toys, new games, and of course, “The Mandalorian” is one of the best TV shows of any genre that we’ve seen in years.

While “The Mandalorian” appears to have pleased everybody, and the most recent three movies split the crowd, our relationship with the newer “Star Wars” video games is a little more complicated. To say that Electronic Arts has tested the patience of “Star Wars” fans more than once over the years would be putting it mildly, and we know there are some players who don’t intend ever to give them another dollar. The fact remains, though, that EA has the license, and EA will be making every high-profile “Star Wars” game for the foreseeable future. That includes “Squadrons,” and if we can look past the fact that EA is behind it, there are reasons to be excited.

We know we’ve been down this road before, but we think there are signs that EA has learned from the mistakes of the past. Something about the official gameplay trailer that hit the internet last June spoke to the inner fan inside all of us, and made us forget that we ever had suspicions about the game’s publisher in the first place. It’s not all good looks and slick trailers, though; there are other facts that make us excited about “Squadrons,” and we’ve condensed them down into this article for you.

It’s Set After The Battle Of Endor

We’re returning to classic territory for the setting of this game. If you didn’t enjoy the last three films in the franchise, that isn’t a problem. The “Battle of Endor” era setting puts us firmly back in the timeline of “Return of the Jedi,” and as divided as this fandom sometimes is, that’s the time that most people feel “Star Wars” was at its peak.

There are two reasons to be excited about this. Firstly, the time window allows EA and its writing team to be creative as there’s an enormous gap (in on-screen canon terms) between the end of “Return of the Jedi,” and “The Force Awakens.” Secondly, this is the same time period that the hugely-popular “Battlefront II” belongs to, and so it allows for crossover characters and even crossover storylines if that’s the direction that the writers want to go in.

It Won’t Have Loot Boxes

Electronic Arts are known for forcing loot boxes into their games. They’re at their most high-profile in the “FIFA” soccer series, but they appear in almost every EA product. Soon, it will probably be illegal for EA to do this as loot boxes seem likely to become outlawed in every major gaming territory in the world. Given that they function in almost exactly the same way as UK slots, we’re not surprised. Whenever you spend real-world money on a gamble, hoping that what you receive for your cash will be worth more than whatever you paid for the chance of receiving goods, you’re doing the same thing every player on every online slots website in the world does. The crucial difference here is that the players on those online slots websites are adults and know what they’re entering into. Video gamers are sometimes minors, and often don’t have any such idea.

Not only will there be no loot boxes in “Squadrons,” but there will be no microtransactions of any kind. EA claims that the game will cost forty dollars, and that’s all you’ll ever need to spend on it to enjoy everything it has to offer. That would be a very welcome change.

You’re Not Confined To One Side Of The Conflict

Let’s face it; some of us want the Empire or the First Order to win. It’s fun to be the bad guy sometimes! Nobody wants to feel overly constrained when they’re playing a video game, and forcing us to play exclusively as the Jedi or the Resistance is constructive. We’ve been promised that “Squadrons” will allow players to play either as Rebel pilots or Imperial pilots, and even switch between the two during single-player mode if the mood takes them. That’s more freedom than we’ve had with some of the “Star Wars” games of the past, and it means (or should mean) that there’s less potential to get bored quickly.

The Range of Ships Is Incredible

This game is all about space battles, and you can’t have space battles without spaceships. As much as we like to talk about the Millennium Falcon or the X-Wing, there are far more ships involved in “Star Wars” than just those two styles! As many a model builder knows, “Star Wars” has an even more diverse array of starships than “Star Trek” does, and we understand that we’re going to see more of them in this new game than we ever have in the past.

In promotional materials for the game, EA has confirmed that players will be able to play as X-Wing pilots, A-Wing pilots, Y-Wing pilots, U-Wings TIE starfighters, TIE bombers, TIE interceptors, and TIE Reapers. That might not even be a complete list. Better still, physical mock-ups of all the cockpits of the aforementioned ships were built using 1970s components for motion capture during the creation of the game. That should result in the most real-looking, time-period-authentic recreations of the ships or the original trilogy we’ve seen so far. They all handle differently, and we’ll interact with them all differently. If you’re a “Star Wars” spaceship nerd, you’re likely to be in heaven!

We don’t want to get too carried away yet. A lot can still go wrong with the game, and we haven’t had a chance to play a demo version of it yet. Even with that said, we think there’s cause for optimism. Let’s forgive EA for the mistakes of the past, and hope for a truly fantastic new game!