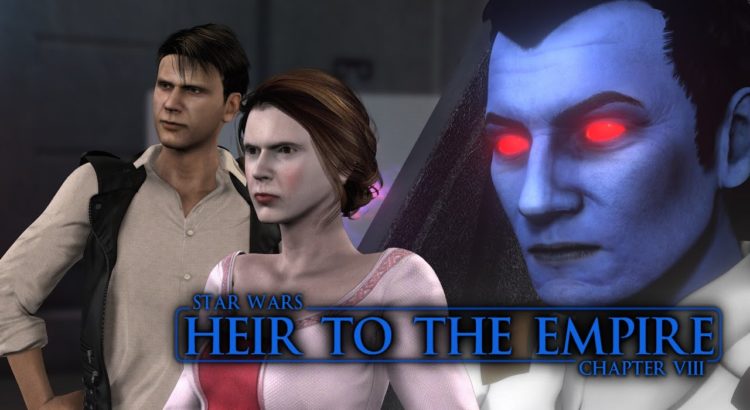 It’s been a while since I’ve brought you a new chapter of this ongoing series, Heir to the Empire. It’s a great watch and free on YouTube. It never ceases to amaze me the great things Star Wars fans come up with but this one is a longtime favorite of mine, and I’m glad they’re keeping the series going.

This is Chapter 8, so if you’re new, go back to the beginning and start from Chapter 1. You will not be disappointed. I don’t want t talk too much about the video itself, because I don’t want to give away the content before you’ve had a chance to watch it.

It’s about 10 minutes long, so when you have a block of time to devote to it, go ahead and click below and catch up in the series. Find out what the Empire is planning.

Chapter 8 of Heir to the Empire, by Timothy Zahn. Adapted into a short fanfilm.