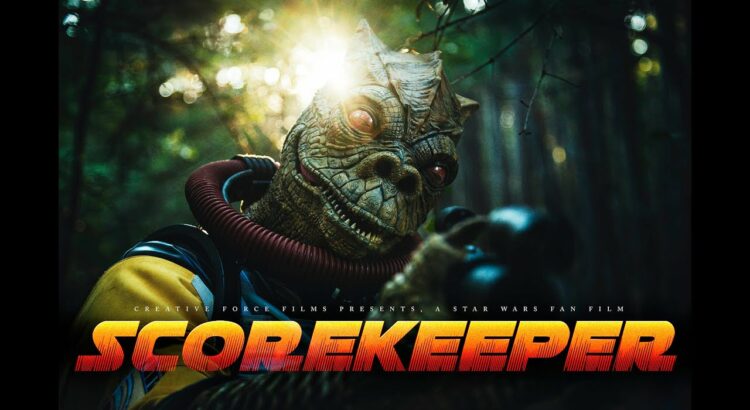 Hello everyone! Stopping by today to bring you another interesting Star Wars fan film. It has a dark and gritty feel to it, the story kept me engaged, the acting was great, and I laughed so much when the Doctor was introduced. About 7 minutes in, I was screaming “Yesss!” at my screen.

This film is inspired and pays homage to Predator (1987) while taking us into a tale told through a Star Wars perspective. I’m a Predator fan so I really enjoyed that angle. Makes me want to go back and watch the original Predator again. It’s just a bit over 16 minutes long so it’s perfect to watch while you’re having a quick lunch break or snack.

It’s the Star Wars/ Predator mashup I didn’t know I needed. But now I am so very, very grateful for it!

If you haven’t seen it yet, watch it here:

So, what did you think? Drop me a comment and let me know if you liked it as much as I did. And if you enjoyed it, be sure to leave the creators a comment to so they know you appreciate. All that positive feedback let’s them know we want to see more of it. Fans and independent filmmakers put a lot of time, energy, money and other resources into creating these pieces for us to enjoy. Let them know you appreciate it!

It’s by Creative Force Films and they’ve just done an amazing job with this one.

About the making of the film:

Scorekeeper: The Star Wars / Predator mashup: An Elite Rebel Team infiltrates an Imperial outpost on a mission of securing an asset that has vital information. Unbeknownst to them, they are not the only ones on the hunt.

DISCLAIMER: This film is non-profit and is not intended for commercial use. Star Wars is owned by Lucasfilm Ltd. / Walt Disney Co. This production is in no way associated with the aforementioned companies.

Do you have any awesome fan films you think we should check out?