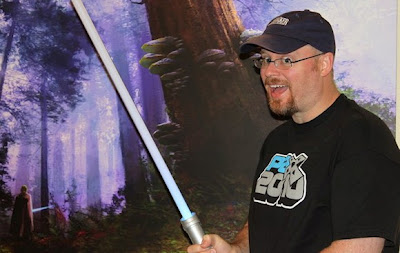 Star Wars – The old Republic has a  new Community Manager. His Name is Stephen Reid and everybody wants to have an Interview and of course everyone wants to know : ” how is the game progressing and how do you like it ?”. Massively  is introducing  the new guy on the ship and his opinions about the game.

Massively: We just had an article come out that was about whether or not the community should be agitating for the devs to change things to suit future players’ desires. That’s like the big community debate now… do you think it’s a worthwhile effort?

Reid: This is kind of an eternal debate, especially for MMOs, which tend to have long development times, and especially for games like this one [that] have had a long announcement cycle, too. I absolutely think that healthy discussion and debate around a game’s development is fine — everyone’s entitled to their opinion, and we want to hear it, as long as it’s constructive.