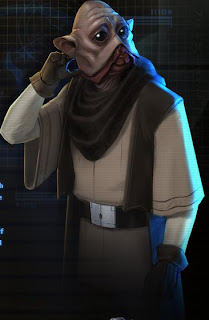 Sullustans were a species of small humanoids from Sullust. As skilled pilots and navigators, Sullustans, also known as Bomewrights, were common sights for spacers and at busy spaceports.

Biology and appearance
Standing 1 to 1.5 meters tall, Sullustans live in vast subterranean caverns beneath the surface of their homeworld. Sullust is a volcanic planet, with a harsh atmosphere. The underground caverns teem with small life-forms that the Sullustans hunt for sources of food and clothing. The few predators that wander the planet’s surface rarely venture underground.

Sullustans speak a chattering language and are known throughout the galaxy as capable pilots and navigators. Sullustans have perfect direction sense and memory, allowing them to remember the paths they have traveled, and maps they may have seen. This sense is a necessity in the labyrinthine caves of Sullust. The people of Sullust have achieved a high-level of technology, and their underground cities are popular among traders who visit the cobbled streets and the wide variety of shops. 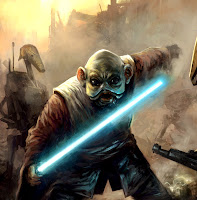 Society and culture
Sullustans were outgoing and mercantile, friendly and pragmatic. As a species they were altogether lacking in xenophobia. Though fond of practical jokes and extremely shrewd in their business dealings, they were eager to explore and travel the galaxy. Inquisitive by nature, some have described Sullustans as reckless, especially for their preference to learn and discover whenever possible through personal experience.

Sullustans organized themselves into familial units known as Warren-clans. Each clan consisted of one polyandrous female, several husbands and their young. Unmated females, known as “Fems”, were active members of their communities until they reached the status of “Ready” which marked their breeding years. At the outset of Ready, “Fems” chose their mates and founded their own Warren-clans. 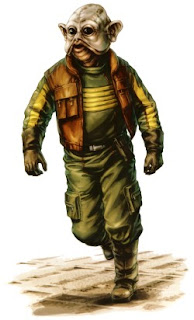 Few Sullustans left their homeworld, but those that did often found employment as pilots or merchants. Inspired by legends like Mayjeln, Sullustan spacers put their skills as navigators to use and were prized crewers across the galaxy. Because of this, their flowing, staccato language of Sullustese was known to many smugglers. Sullustan names were often direct translations from Sullustese words and typically consisted of a given name and surname of four letters each.

Burial rites were given particular focus in Sullustan culture, with vast crypts and vaults maintained by crypt masters. Death, known as “Eternal Sleep”, was viewed with great reverence. The most important of these rites as the Tomb-walling Ceremony, an elaborate funeral procedure. Important leaders and famous Sullustans were entombed in the Gallery of Ancients and the Catacomb of Eminents.

Sullustan religion appears to have been polytheistic, including a pantheon of gods like Triakk.

Governmentally, Sullustan names referencing nobility is evidence of some form of monarchy, but all recorded history demonstrates the use of democracy.

Sullustans were also dedicated to the principles of capitalism and open markets, but were primarily motivated by the possibility of bettering their people, not greed. Sullust’s technologically advanced underground cities bristled with shops and markets attractive tourists from across the galaxy. 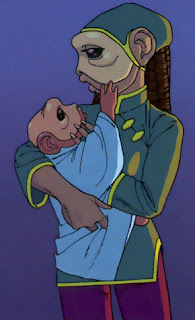 History
Early in their history, the Sullustans dug extensive networks of underground caves to avoid the inhospitable atmosphere of Sullust, perhaps contributing to the development of their diminutive stature. The caves would eventually develop into beautiful underground cities, such as Piringiisi. The skills developed in engineering their large underground civilization would later earn them galactic renown as civil engineers.

Sullustan interaction with the galaxy began early in recorded history, as they were known as lightsaber scientists for the young Jedi Order. Some records indicate that their developments were crucial in the evolution of the lightsaber to its final form and in the instruction of Jedi in the creation process.

By as early as 5,500 BBY, Sullustan merchants had become common sights, and pioneered new hyperlanes like the Rimma Trade Route.