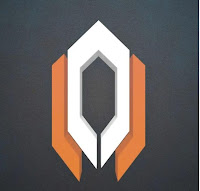 A new week and a new guild feature. This week the republic guild Cerberus took the time to answer our questions. Check it out:


Where did your guilds name come from?
Cerberus (Our Guild Name) came from the video game series, Mass Effect.

Can you give me a quick 2-3 sentance description of your guild?
Now Cerberus is a human-survivalist paramilitary group led by the enigmatic “Illusive Man”. We believe that any methods of advancing humanity’s ascension are justified, including illegal or dangerous experimentation, terrorist activities, sabotage and assassination. Cerberus operatives accept that these methods are brutal, but believe history will vindicate them. Basically our motto is “The ends justify the means”.

How did your guild come about?.
Several months ago, while waiting for the release of SWTOR, my brother and I were curious to play some of the other Bioware games such as Mass Effect 1 and 2. Gametrailers also awarded Mass Effect 2 as game of the year, so that also contributed to my motivation to play the game. So we bought the game for only $12 at our local bookstore, and away we played. Let me tell you something, that game is addictive, I played the game three times in order to get the perfect ending or as Bioware calls it, the Paragon ending in anticipation for ME3. But back to the question, the whole idea of having a guild centered around ME Cerberus’ ideals intrigued me as a unique guild that ME fans will love and an interesting twist as we try and incorporate Cerberus into the SWTOR world.

What kind of play style do you focus on? PvE, PvP, RP:
That’s something that has been bothering me for some time now, almost everyone I know wants our guild to stay as a PvP but I know that many people out there prefer PvE or RP. What many people don’t realize is that PvP still retains elements of PvE and RP but on a smaller scale. All PvP does, is expand the territory/limit where players can fight each other. I will stay true to my word and keep the guild heading for a PvP server.

What is your guild set up? How do you run your guild?
That is a tough question, this guild was only recently organized so our operational structure is still vastly open for improvements. As we get closer to launch, we will begin to finalize our planning. Our goal is hopefully to grasp the ME Cerberus’ structure with cells and operatives.

How serious do you play and/or run the guild?
How serious I play? Well, I’m holding up a job and school/college is right around the corner so hopefully I’ll still be able to play a lot with my friends.

Do you have ranks or a certain hierarchy in your guild?
We plan on having something similar to ME Cerberus’ structure with cells and operatives (Refined of course to maximize efficiency and satisfaction)

Why do you run a guild?
A great opportunity to meet new people, stay socialized, and explore the galaxy together instead of alone

How do you approach Raid Planning?
TBA (Sorry)

Are you always open for new recruits or do you want to keep a certain guild size?
Currently, we are open to new recruits! And probably will be for a while, due to competition with other guilds. The more we have, the more influence our guild will obtain.

Age Requirement?
13 and up to be a high guild rank. Anything lower will still be permitted but kept at a relatively low rank.

Guild size?
We plan on hopefully having 100 members by launch!!!

How do you spend your time until release? Do you know each other in real life or do you spend a lot of time on forums?
Work, work, and study! I’m saving my money up for a new computer and studio (More details on the studio soon) The answer to your second question is both! Many of my friends in reality and online plan on getting this game.

What Other Games are you currently playing as a guild?
None at the moment, I founded many other clans/guilds/teams or whatever you like to call it and came out pretty strong. We had a pretty good run in the Ps3 community and went up against a lot of other popular youtube channels and came out victorious.

If somebody is interested now how and where can they apply for membership?
Either shoot me a PM on youtube or simply just apply on our guild page! Our youtube channel is, “2020VisionStudios”.

One last question, if there was one thing you could ask the Dev’s to include, what would it be?

PLEASE INCLUDE GUILD SHIPS ASAP!!!!
Thank you for interviewing me, and as the year progresses. Hopefully we can do this again sometime!