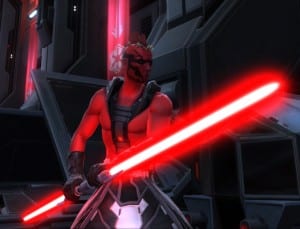 Why is it the female characters get all the sexy gear in SWTOR but the males are all covered in their armor? Where is the male eye candy for us ladies (and some guys)? One SWTOR fan has an answer and he’s posted it in the fan art section of the SWTOR forums. Forum user Ixum brings us “The We Want Skimpy Gear For Male Characters” Thread and it’s a riot. If you have not seen it already, it’s well worth stopping by.

Whether you want to see male SWTOR in sexy outfits or you just want to get some lolz, you’ll enjoy browsing through the thread that is now 63 pages long and growing. Whenever he hits a milestone in views, he also does a special edition picture. Check out the 6K views leopard bikini, for example.

While the thread has been around for quite some time, it’s actually kind of nice to see the interest and to see how it has grown. Many, many SWTOR fans reply in the thread telling BioWare they approve of the Photoshop alterations and they want to see more gear equality in the game.

While others believe it’s not keeping with the Star Wars theme or practicality, it’s still fun fan art and who doesn’t like that? 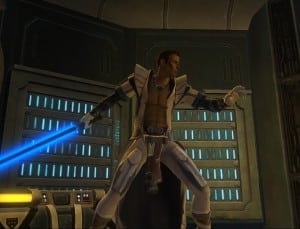 He even did some fun wallpapers. If you haven’t seen the thread before, make sure you scroll through all the pages because there are many, many more pics besides just in the initial post.

JediElf says, “I wish these actually existed within the game, and I don’t see why not. If I have to see all those slave girl skimpy social gear outfits running around fleet, and I’m covered up to my neck…really why can’t we have something like this BW?”

It’s always fun to see fan art of a game, particularly with a Star Wars theme and while some of these gear alterations may not seem practical in battle, they are equal to what the females often end up in.

“EDIT: I also do commisions. If you’ve got a nice male character u want skimped feel free to PM me. Ill need two screenshots, one with gear and one without. Look at my posts to get an idea what kind of screens Ill need. Mission cinematics are great for taking screens, but if you don’t wanna do that just remember to zoom in enough so there is stuff to work with ^^”

So if you want your own male character in skimpy gear, get in touch with Ixum to work his magic. 🙂 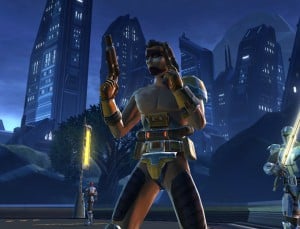 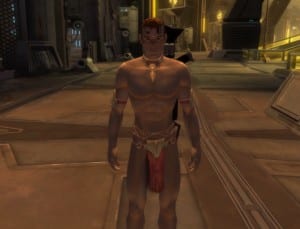 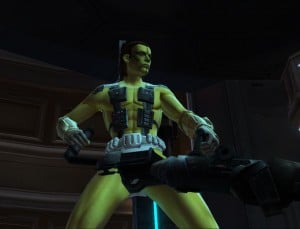 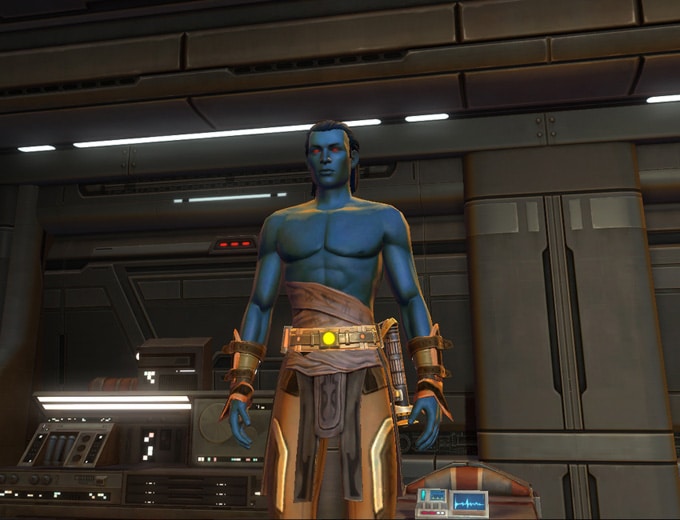 All images in this post belong to Ixum from the SWTOR Community Forums.

Source: “The We Want Skimpy Gear For Male Characters” Thread