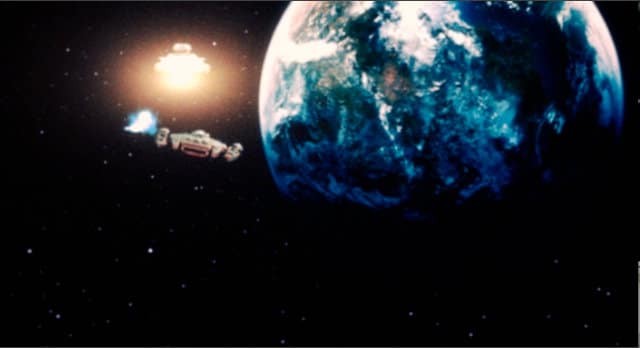 Here is a pretty good fan film that I have been waiting for for a while. It named “Hunt for the Holocron” and is directed by Martin Spitznagel. The movie is made by a dedicated group of young people entirely with practical effects — no 3D models were used in the film, only real models filmed against a greenscreen! — the film is a 30-minute love letter to Star Wars, complete with an original orchestral score. Read more about the movie here, and check it out below:

HUNT FOR THE HOLOCRON is the story of Bando (Mark August Spitznagel, SAG-AFTRA) and Sahn (Dan Clavey) Jinkuru, young men thrown into a dangerous world when they find a Holocron, a record of Jedi secrets. Pursued by Dark Jedi Dregr Jarrat (Martin Spitznagel), whose thirst for the Holocron has reached obsession, the boys are aided by Jedi E’Din Kyle (David Turka) and smuggler Ariah Duen (Jennifer Moreau), old business partners of their father. As Dregr closes in, the brothers struggle to survive both their present and their past.

The film, originally shot in Pittsburgh, PA from 2003-2005, is the culmination of a childhood dream for director Martin Spitznagel: Create a Star Wars film in the spirit of the Original Trilogy. Along with a dedicated all-volunteer cast and crew, Martin spent countless stolen nights and weekends over ten years to write, film, edit, and bring this creation to life with the most limited of resources.

Aside from an original screenplay, the film boasts original characters, models, costumes, visual effects, and orchestral score, worked on in locations from Washington, DC to Houston, TX. The not-for-profit project was funded through the generosity of family and friends and worked on without pay by a 20-person team hailing everywhere from Texas to Brazil.

Literally thousands of hours were invested by the cast and crew to write, scout, build, storyboard, film, act, record, cut, edit, equalize, compose, accompany, add special effects, color-time, and finalize HUNT FOR THE HOLOCRON in time for its premiere on April 20th, 2013 — complete with a red carpet, meet-and-greet hour, presentation, director’s note, and cast-and-crew Q&A — at Dormont’s Hollywood Theater, the beautiful standalone theater located in the heart of the Dormont business district. Spitzfire Productions is very proud to now present this film to the worldwide audience of Star Wars fans and big dreamers everywhere.

We’re very excited to share this news with the fan film community, who supported the initial effort and for whom this film was created. Will you help us share the good news?