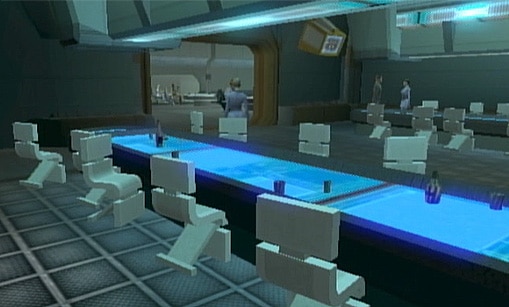 While the subject hasn’t been touched in a number of months, it’s worth noting that we have written about the game of Pazaak in the past. And in doing so, we’ve mentioned briefly that it shares some common themes with one of the more popular card games played in our galaxy: blackjack. It’s true that there are several very similar concepts shared by the two, such as the fact that you never want to go over a certain amount—20 in Pazaak and 21 in blackjack—and that the stakes are often pretty high. It’s true that there are tales of games of Pazaak that don’t include some form of gambling, but they quickly walked into that more competitive territory as its popularity grew. That all being said, it’s actually another game in the Star Wars universe that has ties to both Pazaak and blackjack: Sabacc.

Before diving into Sabacc and its relation to Star Wars lore, let’s take a deeper look at the game of blackjack, just in case you’re in need of a refresher or simply more information about this storied card game. Perhaps the most interesting thing about it is how its evolved since its incarnation, which is equally as intriguing because no one really knows when blackjack was invented.

As noted here, it’s generally accepted that the game was created by the French in the 1600s, though some say that it could have began in Spain around the same time. Others argue that there are ties to the Roman Empire! However it started, it has certainly come a very long way over the years, during which it has also been translated into a number of different forms. There are nearly 10 versions of the game that can be played these days, and they include specific types such as European, Vegas, Atlantic City, and Sidebet along with the ability to now play on the web with a live dealer. As different as they may be, these variants remain blackjack at their core. In the end, the goal is still to come as close to 21 as possible without going over.

And depending on where you’re playing exactly, the stakes can get pretty high in blackjack—just as they can with Sabacc. As outlined on this page, the two games’ other similarities include the presence of a dealer when played professionally and the chance to cheat in the face of certain doom. When it comes to blackjack, that “doom” typically means you’re banned from a casino if you’re caught counting cards—like what happened to actor Ben Affleck last year. When cheating in Sabacc, however, you can face a prison sentence, a hefty fine, and even death. Another similarity is how you’re trying to get as close as you can to a certain amount without going over. As mentioned, it’s 21 in blackjack, but it gets a bit trickier in Sabacc as the player closest to +23 wins—yes, that means there are negative amounts, too, and they run to -23. Having a negative amount isn’t a detriment, though, as you can have -18 and win against someone with +17. If you have -18 and your opponent has +18, the positive number takes the pot. As a result, this makes the game more exciting than its real-life cousin of blackjack, if only because there are more cards and variables at stake.

Perhaps the most interesting thing about Sabacc, though, is that it’s actually the game that came after Pazaak. Yes, you’d be right to consider Sabacc the child of Pazaak, though that means we’ll (probably) never get to play Sabacc in SWToR. But who knows, maybe the developers will find some way to work it into the game. If not, you can always just play it here (if you have an Android device).