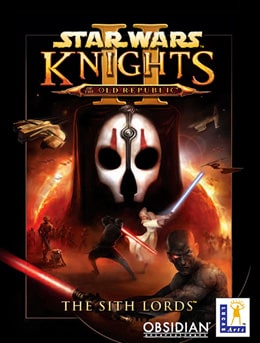 After 10 years and seemingly out of nowhere, Star Wars: Knights of the Old Republic 2 got a large update on Steam. It incorporated support for controllers, widescreen display support, 5K resolution and Steam Cloud saves. Then on October 18th, it happened again. While not as big as the update from earlier in the year, it still contained many significant changes.

Thanks to everyone who submitted achievements for this update! User generated content is loads of fun for us, and we hope everyone out there enjoys them.

Mac-specific Changes:
– Fixed a crash connected to the M4-78 mod

Linux-specific Changes:
– Change to cloud-saves, automatically lower-casing files so they can be read on Linux

If you continue to experience any of the above fixes (or any issues for that matter) and you are on a supported hardware set, please contact us at support.aspyr.com so we can dig in.

Thank you all for your support for this great game we all love!

Much of this update was dedicated to bug fixes and new achievements but it’s still pretty exciting to see them updating this game again. Fans are super happy to see the game being kept alive after 10 years. KOTOR2 was developed by Obsidian and published by LucasArts when it first released but the current Steam release was done in 2012 and is a fantastic game for only . It’s being ran by Aspyr and they are doing an awesome job of it, as you can tell from the recent updates.

Now if only we could get this for KOTOR 1…