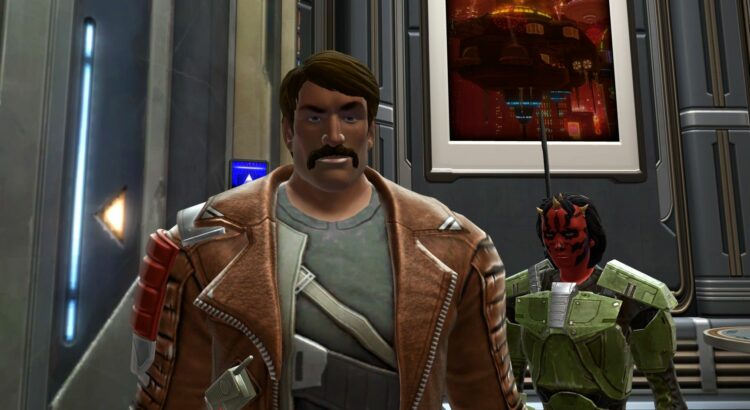 In Game Update 5.10 we will be introducing a brand new system to the game, Guild Leveling. Guild Levels tie heavily into both Conquests and Guild Perks, so please look out for forum posts on both of those other topics to get the full picture of what is changing! Fair warning, there is a lot of information to cover so expect a fairly long post.

Here is a TLDR for you: Guild Levels are earned via Conquest Points. As you gain levels you can slot perks into your Guild Ship to provide a variety of benefits, leveling also gives you new benefits for XP, CXP, and Reputation gain.

What is Guild Leveling and How Does it Work?
Guild leveling is fairly simple at its core. Similar to a player character, Guilds will now earn Guild Experience. As they hit the next Guild XP target, they will level up. Guilds start at level 1 and can theoretically, level infinitely.

Currently, there is a weekly Guild XP cap of 8,000,000 (or 4,000,000 Conquest points worth). We expect that our very large Guilds will regularly hit the cap, but the majority of Guilds will not.

Every time a Guild levels up, a few things happen:

What Are Our Goals?
Now that you have a basic understanding of how Guild Leveling works, let’s talk about how we arrived at this plan and what our goals are. First and foremost, we wanted to add a whole new set of incentives for players to be a part of a Guild. SWTOR is a social game at its core and so we want to do all that we can to encourage people to play together. However, we also understand that many players like to play with just their small circle of friends in small Guilds, and so the system needed to work for everyone. Second, one of our goals for Conquests was to work as a system to incentivize players to be rewarded for playing any and all content in SWTOR. By tying Conquests and Guild Leveling together it means that by simply playing the game, you will be earning Guild XP for your Guild. Whether you want that to be a focus of your Guild to level as fast as possible, or to just let it happen, you should be gaining Guild levels as you play.

In a moment we are going to share some key breakpoints that exist in our plan for Guild leveling. We built these targets with two key pieces of information. The current amount of Conquest points that Guilds are earning across all yield sizes and the continued potential for Conquest point gains based on the additional Conquest changes coming in 5.10 and the added Conquest point potential from Perks.

For context on XP vs Leveling, going from level 1 to level 2 requires 1,000,000 Guild XP. Going from 2-3 requires another 1,010,000 -or- 2,010,000 total (for the math lovers out there, this curve is not necessarily incremental). We expect that Guilds which are hitting Small Yield Planetary targets will be gaining around 3 or so levels a week. This can vary greatly based on Guild size and activity.

Here are some key breakpoints:

We know that some of you may do the math on average levels per week and the breakpoints of some of these benefits and be concerned. This is one of the reasons we are also introducing a cap. We want to show you the breakpoints so that you know that this is a system with a long tail on it, that we intend to support for a long time going forward. Guild Leveling isn’t meant to be something your Guild can do in a week and then just ignore. We want to be able to provide something new that your Guild can be working towards every week!

Also, by having a cap we know the pace that the fastest possible Guilds can level. This allows us to plan when and how to introduce perks into economy. Definitely take a look at our Perk post to get your head around how Perks can affect your Guild.

This is a lot of information to digest. Please, let us know your feedback!