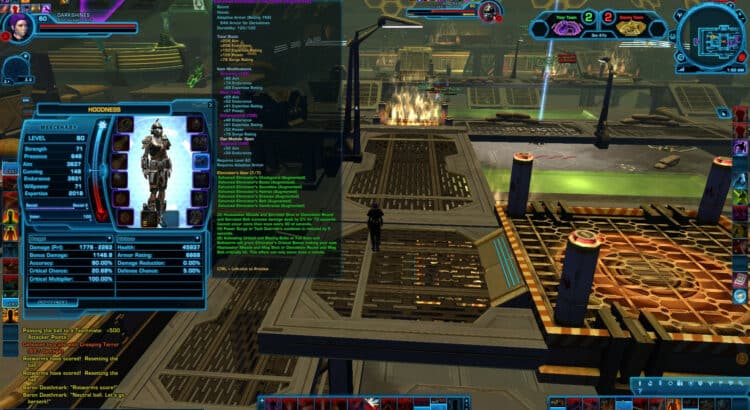 Eric Musco had more info for us yesterday. Here are the plans on bolster for patch 5.10 and beyond.

Whenever we introduce new gear to the game, there is an inevitable conversation about what changes will be made to Bolster. As I mentioned in this thread, our original intention in 5.10 was to take Bolster and move it to 248. That thread along with the rest of the forums led to a lot of great feedback from all of you on how you feel about the state of Bolster, should it be higher, or lower, etc. That brought us to sit down and really look at what we want from Bolster now and going forward and so we are going to make an additional change. Let’s talk about why we originally landed on 248, where we are going next, and why.

Addressing Master Work Gear and 248 Bolster
Simply put, in order to make Master Mode Gods From the Machine as terrifying as it should be we needed to have a larger item rating jump than usual for our new gear. As many of you likely know, typically a new tier of gear means a 6 item rating differential. In this case, since we wanted to balance against a higher target we opted to introduce two item ratings of growth at 252 and 258 as a part of a single tier. Historically, we have moved Bolster to be equal to the previous tier’s best in slot item rating. In this case, that makes it 248 (which is what we chose). However, since this tier jump was different it also meant that we couldn’t be 100% consistent. By choosing 248 it means there is a 10 item rating differential, where normally this is only a 6 rating difference. Even though it is a “one tier” jump, it actually creates a larger item rating differential than there usually is. To address this, we are going to be increasing Bolster in Game Update 5.10 to item rating 252 (previously planned to be 248).

Also, as a reminder we are not only adjusting Bolster on gear, but also on Augments. We are increasing Augment Bolster from 208 to 236. This will additionally help in closing the gap between BiS players and those being Bolstered.

Bolster Beyond 5.10
A number of players have brought up the idea of having Bolster be at the highest item rating available. Effectively making gear in PvP irrelevant, where skill is the only deciding factor. Although we understand the desire from players on that side of the debate, it does introduce some issues. If there is no gear chase from PvP that removes all progression from PvP gameplay and it also removes a part of the reward structure.

However, we do know that there has been unhappiness with PvP gearing in general in the 5.0 era, especially with the removal of Expertise. To make large itemization changes to PvP like that will require an equally large update, so this is the type of issue we will have to wait until an expansion sized update to tackle. We will consider a variety of options including reintroducing PvP specific stats/gear, Boslter changes, etc. and we will make sure to talk through planned changes with all of you when we get to that point.

Let us know your thoughts.