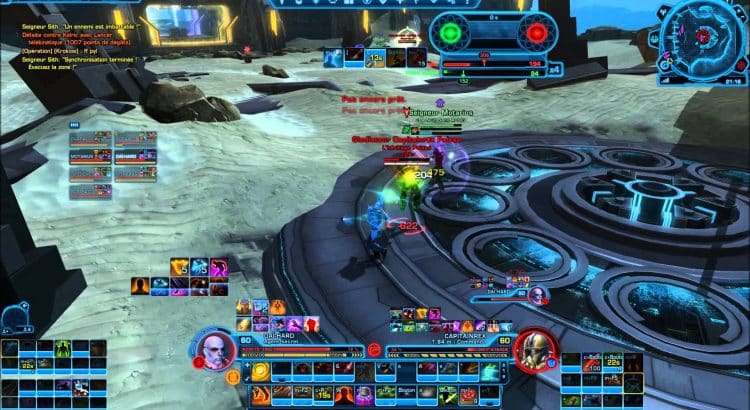 Eric Musco too on the official forums to explain why it took the SWTOR Developers so damn long to release the Top 96 pvp titles for Season 7.

Let’s talk about Season 7. We have just finished our full investigation of Season 7 and a few things have happened. All users who were found to be win-trading, hacking, botting, etc. have had their Season 7 ratings wiped out on all of their characters, they have been removed from the leaderboards, and appropriate ToS action has been levied against their account. With those actions being taken, we have gone ahead and sent the top 96 titles to the top performers of Season 7, so be sure to check your mailbox.

We wanted to explain a little bit about why this process delayed the Season 7 rewards. In past seasons we started to get a pretty good lock on how players were cheating. The “how” is important as it enables us to find those players quickly and consistently. Over time as players realize we can track how they are doing this, they change methods and we need to change with them. As we got towards the end of S7, between player reports and some suspicious things in our data, we could see that players were starting to dodge our ability to catch them. We then delayed the top 96 rewards specifically so that we could really deep dive into what was going on.

The “TLDR” of all of this is that through our investigation we were able to lock-on once again to how players are win-trading/cheating and how to identify them. We’ve eliminated them from the top 96 of Season 7 and we will continue to apply this knowledge into Season 8. Again I want to thank all of you for your continued reports of these players.