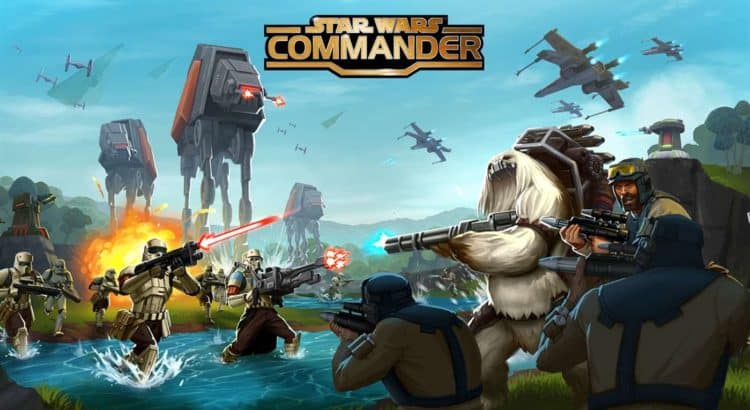 Zynga had two great new announcements for us this week. First, they have a new multi-year agreement with Disney to develop a new free-to-play Star Wars game for mobile devices. on August 21st in an official press release, they shared the news of the new game:

“Zynga Inc. (Nasdaq:ZNGA), a leading social game developer, today announced a multi-year licensing agreement with Disney to develop and publish a new mobile game, with the option for a second game, that brings to life the universe of Star Wars ™ for players around the world. As a part of the agreement, Zynga will also assume operation of the live service of Star Wars ™: Commander, a free-to-play real-time strategy game developed by Disney that was launched in 2014.

“Star Wars is one of the most iconic franchises in the world and has engaged generations of fans for decades. As game makers and moviegoers, we’re huge fans of Star Wars and are excited to create new experiences for players that bring this beloved brand to life,” said Frank Gibeau, Zynga CEO. “We look forward to extending the reach of the Star Wars universe and developing a new mobile game that entertains players for years to come and has the potential to be a future forever franchise for Zynga.”

“The opportunity with Zynga is the latest step in our mobile games licensing strategy, which pairs Disney characters and stories with proven partners to create unique games for our fans,” said Kyle Laughlin, Senior Vice President of Games and Interactive Experiences at Disney. “Zynga’s expertise in developing successful games and running live services makes them an ideal partner and we look forward to further extending the Star Wars universe through these new experiences.””

In addition to this announcement, they also said they will be taking over the live operations for Star Wars: Commander, released in 2014. This is a great contract for Zynga and with the great games they’ve already given us for mobile like Words with Friends and Zynga Poker, here’s hoping they do mobile Star Wars right as well.