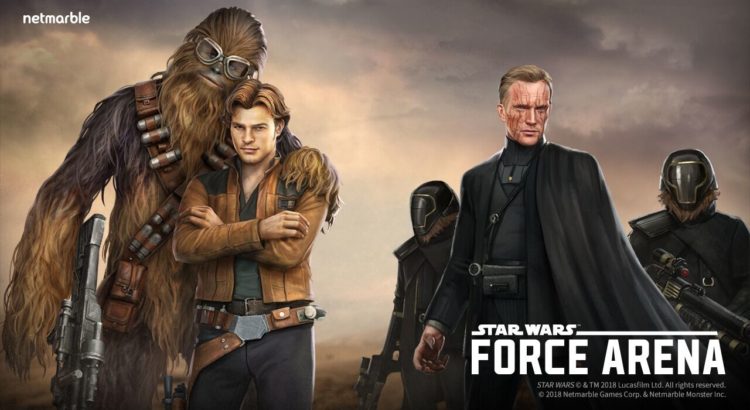 Star Wars: Force Arena  ill be undergoing a server maintenance to apply in-game adjustments and other improvements. During the update, you will not be able to access the game. Please make sure to link your game account to your social media account to secure your game data.

After the maintenance, all users will receive a Silver Pack.

Check below for patch notes:

– Rey possesses the power of the Force and uses her skill “Mind Trick” to convert the enemy’s organic units into allies. However, Rey displayed performances stronger than what the development team originally intended for her at development – especially her skill’s combat efficiency compared to other Leaders – and the diversity of the game felt compromised as a result. In this patch, adjustments were made to the range of “Mind Trick”, which showed an excessive level of efficiency against organic decks, to limit the number of enemy troops Rey can convert into an ally at once.

– Pao is the Unique card of Jyn Erso that shouts and slows his opponent for a period of time. However, the slow effect seemed to be excessive at lower levels and gradually reduced as the card level increased. In this patch, the efficiency of the slow effect at lower levels will be decreased slightly while at higher card levels the efficiency will be increased to adjust the growth rate of Pao’s slowing effect.

– Snoke is not as agile as the traditional Leaders, but he is still favored for his long-ranged attacks, powerful lightning force, and his special ability to immobilize opponents for a certain period of time using his double tap skill. However, we determined that Snoke could easily neutralize melee Leaders and cause problems with overall combat balance. In this patch, Snoke’s double tap skill was downgraded to decrease his efficiency against melee Leaders.

– The “Perk Enhancement” feature introduced during the last update is designed to highlight the personality of each leader. However, for Seventh Sister, the enhancement of her character was found to be less effective in battle than that other Leaders. Therefore, after considering the fairness and balance of fights, some of her reinforcements were improved.

– Darth Maul is an effective Leader in both 1 vs 1 and 2 vs 2 battles. This Leader isn’t only excellent in combat, however he is also burdensome for opponents who find themselves facing the tricky and efficient Sith Probe Droid. After careful consideration, we have decided to keep Darth Maul’s Unique card, but the battle efficiency of the Sith Probe Droid will be lowered to alleviate the extreme stress it is causing enemy Squad Leaders.

– Emperor Palpatine’s combat effectiveness increased in the last patch due to improvements to his attack pattern. However, it seems that he still has poor combat performance compared to other Leaders. The development team found that his Unique card, the Imperial Royal Guards, is also somewhat less efficient compared to other Unique cards. Therefore, the Imperial Royal Guards’ combat capabilities will be improved in this patch.

– Doctor Aphra is the Unique card of Darth Vader that uses a special grenade to stun opponents for a certain period of time. However, while this ability has shown significant combat efficiency at lower levels, it tends to decrease as the level increases. In this patch, the growth rate of the stun effect duration has been improved. Efficiency has been downgraded at lower levels and has been increased at higher levels.