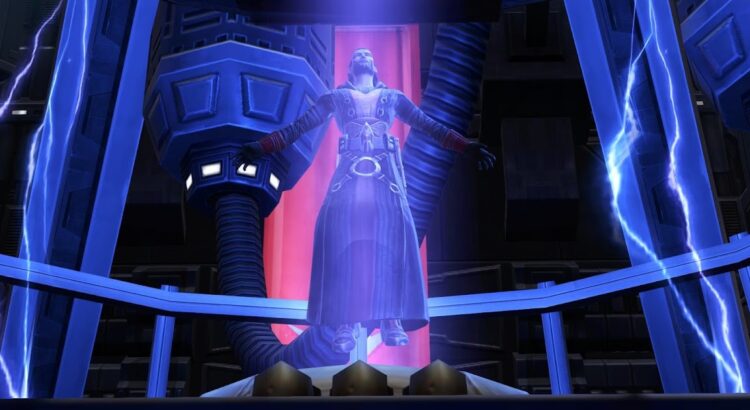 The Foundry flashpoint in Star Wars: The Old Republic is a challenging and exciting endgame content that pits players against some of the toughest foes in the galaxy. Located in the depths of the planet Taris, The Foundry is an ancient, abandoned droid factory that has been reactivated by the rogue Sith Lord Revan. The flashpoint task players with infiltrating the facility, fighting their way through hordes of droids and other dangerous creatures, and finally confronting Revan and his loyal assassin droid HK-47.

HK-47 is the first boss players encounter in The Foundry. This deadly droid was built by Revan as a weapon of war and is programmed to kill with ruthless efficiency. HK-47 is armed with a powerful blaster rifle and is capable of unleashing devastating attacks that can quickly wipe out even the most skilled players. To defeat HK-47, players will need to use their skills and teamwork to outmaneuver him and take him down.

The fight against HK-47 is made even more difficult by the presence of his droid minions, who will attack players alongside their master. To make matters worse, HK-47 also has access to a number of powerful abilities that can disrupt and disable players, such as a stun grenade that can knock players off their feet. To counter these abilities, players will need to use their own abilities to disrupt HK-47 and keep him off balance.

After defeating HK-47, players will have to face the final boss of The Foundry: Revan himself. Revan is a powerful Sith Lord who was once a hero of the Republic before turning to the dark side and becoming one of the greatest threats the galaxy has ever faced. In The Foundry, Revan has reactivated the ancient droid factory and is using it to build an army of killer droids to conquer the galaxy.

The fight against Revan is intense and challenging, as he is a formidable opponent with a wide range of powerful abilities at his disposal. Revan is a skilled swordsman and uses the dark side of the force to devastating effect, unleashing lightning bolts and dark energy waves that can quickly overwhelm players. To defeat Revan, players will need to use their skills and teamwork to outmaneuver him and wear him down.

One of the most challenging aspects of the fight against Revan is his ability to resurrect fallen droids to fight alongside him. These droids are tough and relentless, and will continue to attack players even after Revan has been defeated. To survive this encounter, players will need to stay on their toes and be prepared for anything.

Despite the challenges, The Foundry flashpoint is an exciting and rewarding experience for players who are up to the task. The thrill of facing off against powerful bosses like HK-47 and Revan, and the satisfaction of defeating them, is something that can’t be found in many other endgame activities. For players looking for a truly epic challenge, The Foundry is the place to be.