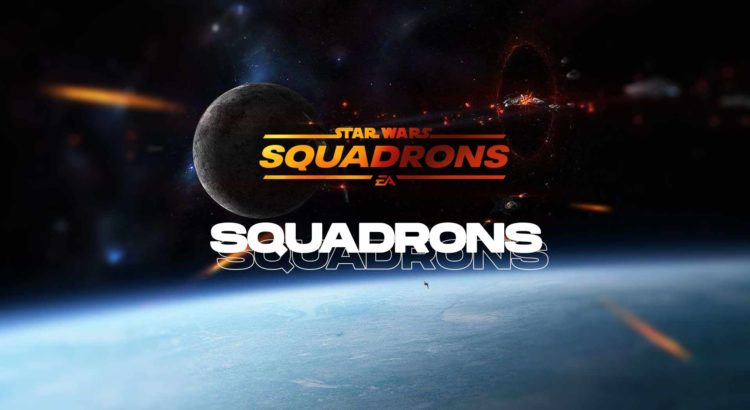 Electronic Arts doesn’t enjoy the greatest of reputations among Star Wars fans, and there are good reasons for that. When the games developer and publisher gets things right, it gets them very right indeed, but when it gets them wrong, they’re frequently awful. As a fandom, we’ve had some dreadful Star Wars products from EA over the years, but their form has been better thus far in the 2020s. When they released Star Wars: Squadrons at the end of 2020, it was late, but it was fantastic. It was well worth anybody’s money when it was brand new, and it’s still a great game now.

We appreciate that not everybody has a limitless budget for video games. There are a few people who won’t have picked up Star Wars: Squadrons when it first came out – partially because they didn’t have the cash and partially because they didn’t trust Electronic Arts not to stuff it full of cash-grabbing microtransactions at a later date. If you’re one of those who have never owned or played the game, we have some fantastic news for you. It’s now available free of charge – but you’re going to have to move fast if you want to get hold of it.

You may or may not be aware that the Epic Games Store gives away at least one free game every week. Sometimes, it gives away two. It’s been doing this for more than three years, so anyone who pays attention to the offer (and has a lot of storage space) will have built up an enormous collection of high-quality games by now. When games are made available, they last from one Thursday to the next, after which they’re withdrawn and will never become available for free again. As of this Thursday, 1st December, Star Wars: Squadrons is one of those free games.

To claim the game, players need to create an account with Epic (if they haven’t already done so) and switch on two-factor authentication. For reasons we’re not entirely clear on, players can’t claim the free games unless they have the safety feature turned on. Once that’s done, you should be able to download the game immediately. No purchases are necessary, and no information other than basic registration information needs to be input.

What makes it a great game?

It’s possible – unlikely, but possible – that some of our readers are totally unaware that Star Wars: Squadrons exists, and so will be wondering what makes it a great game. Those readers aren’t going to go and download a game of such enormous file size without being given a good reason to do so, and “it’s a free Star Wars game” might not be enough motivation. We’ve all played Star Wars games so bad that we feel we ought to have been paid for playing them in the past, so we understand the hesitancy, but this one is different.

You could go looking for reviews of the game to put your mind at rest, but we can summarise a few of them for you here. In the process of giving the game four stars out of five, Eurogamer said it was “scrappy, compelling and exhilarating.” IGN rated the game eight out of ten and noted that its “engaging space combat” offered a great balance of arcade control and simulation-like elements. Push Square wasn’t quite so impressed by Star Wars: Squadrons, giving it only six out of ten, but acknowledged that the game has its heart in the right place and its flight mechanics are impressive. PC Gamer had a couple of bones to pick with the game but concluded by saying that it succeeds where it’s most important to do so by virtue of being thrilling to play.

None of this will matter to you if you’re not a “pew-pew” fan, by which we mean you’re the kind of player who prefers clever strategy to big space battles and plenty of combat. That’s fine- that’s why we’re so glad there’s a broad and diverse range of Star Wars games to choose from. You won’t like Star Wars: Squadrons if you’re looking for something more nuanced than a good-looking shoot-em-up. If you’re a fan of the genre, though, you can’t say fairer than getting the game for free and being able to keep it permanently.

What’s next for Star Wars games?

Even if you do decide to take advantage of the free game offer, you’ll eventually complete the game (or get bored of it) and wonder what comes next. We have mixed news on that front. There are Star Wars games in the pipeline, but there are also platforms and genres that won’t be served by those games. You’re out of luck if you’re hoping for a sequel to the Star Wars casino game that was launched by JDB168 in 2018, for example. It’s not clear whether the casino game ever had an official licence despite using sounds and images from the original film, but even if it did, it will never receive a follow-up. Disney has pulled every casino game related to Disney properties away from casino operators in the past few years and is unlikely to issue any new licenses as it doesn’t want to be associated with adult entertainment. That means casino games are non-starters.

The next console-based Star Wars game on the horizon is an upgraded version of Star Wars: Tales from the Galaxy’s Edge, which will be exclusive to the PSVR2 virtual reality system and will come out at some point in 2023. If you prefer to play games on smaller screens, Star Wars: Hunters is nearing the end of development for Android, iOS and Nintendo Switch and is also expected to reach players on a yet-to-be-declared date in 2023. The biggest of all the games due out in the next twelve months, though, is Star Wars Jedi: Survivor. It’s a sequel to Star Wars Jedi: Fallen Order and will be available for the PC or for new-gen (PS5, Xbox Series S/X) consoles only. The long-rumoured remake of Knights of the Old Republic is still coming, but we can’t yet say when. A 2023 release is sadly looking less likely as time goes on, and we get no updates.