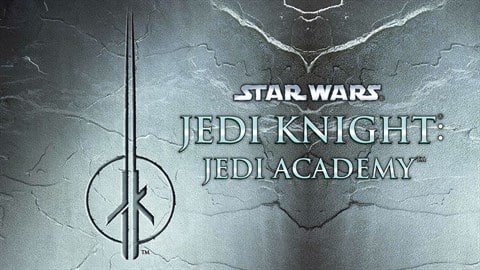 Star Wars Jedi Knight: Jedi Academy is a 2003 first- and third-person shooter action video game set in the Star Wars universe. It was developed by Raven Software and published by LucasArts, and released for Microsoft Windows, Mac OS X, and Xbox. The game is the fourth and final entry in the Star Wars: Jedi Knight series, and features a single-player campaign and multiplayer modes.

The game’s story follows the player character, Jaden Korr, a student at the Jedi Academy on the planet Yavin 4. As a member of the New Jedi Order, Jaden is tasked with stopping the evil Sith Lord Tavion Axmis from unleashing an ancient Sith weapon and conquering the galaxy. Along the way, Jaden encounters a variety of characters from the Star Wars universe, including Kyle Katarn, Luke Skywalker, and Mara Jade.

One of the key features of Jedi Academy is its character creation system, which allows players to customize their own Jedi character. Players can choose their character’s gender, species, and appearance, as well as select their lightsaber color and style. The game also features a wide range of weapons and abilities, including the ability to wield two lightsabers at once and use Force powers such as telekinesis and force lightning.

In the single-player campaign, players progress through a series of levels set on various planets and space stations in the Star Wars universe. The game features a variety of gameplay styles, including lightsaber combat, puzzle-solving, and stealth. Players can also choose their own path through the story, deciding whether to follow the light or dark side of the Force.

In addition to the single-player campaign, Jedi Academy also features a multiplayer mode. Players can engage in lightsaber duels or team-based matches on a variety of maps. The game also introduces a new game mode called “Power Duel,” in which one player controls a powerful Jedi character while the other two players team up against them.

Jedi Academy received generally positive reviews upon release, with many praising the character creation system and the wide range of gameplay options. The game’s graphics and sound design were also praised, with many reviewers noting the high level of detail and authenticity to the Star Wars universe.

Overall, Star Wars Jedi Knight: Jedi Academy is a thrilling addition to the Star Wars gaming franchise, offering players the chance to fully immerse themselves in the world of the Jedi. With its engaging story, customizable characters, and exciting multiplayer modes, it’s a game that is sure to appeal to both Star Wars fans and gamers in general.