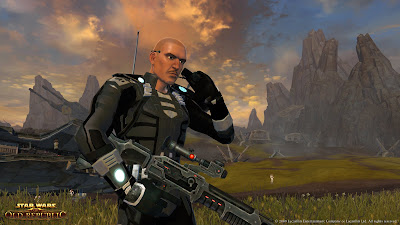 Since the BioWare Team is still on their well deserved holiday we did not get a large update this Friday. Still, everyone who is interested in the Imperial Agent may be quite pleased with the Developer Blog on this class.

Senior Writer Alexander Freed explains the general concept behind the Agent before he delves into the specifics of this class. This unusual class doesn’t fit into an archetype of the Star Wars movies, so why did the developers choose the Imperial Agent then? Answers are given in the developer blog.

We’re also promised some concrete information, but is actually appeared to have been censored. Instead of real character names we get some XX only: