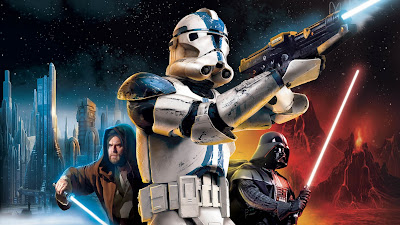 “How do you keep queuing up with all those level 50s?” My guild master was fearful of my sanity.
“Well I have a lot of friends.” Which was true. Half of my list of friends with 42+.
“Don’t you think it’s unfair?” Another guildie asked me.
“Without a doubt. But I at least want to be valor rank 30 before I hit max level.”
“You’re crazy.”
“YUP.”

Welcome back to another installment of Intergalactic Intel! I apologize for the late post, a lot of work has been happening with the Great Hunt and our other articles. But no more excuses let’s begin our topic this week…PvP in patch 1.0. While reading please take this with a grain of salt. It’s very different than pvp in other games. Every class has a stun, an interrupt, an escape mechanic. So everyone has access to the same tools, it just depends on how they use them.

As I stated in early articles that PvP was very fun in Swtor. Even after launch I find myself re-queuing only to find myself 3 levels higher than the planet I’m supposed to be on. But there are a few issues I would like to address.

With the patch notes of patch 1.1, I am excited to hear that level 50’s will have their own tier for PvP. I almost danced when I read this. Level 50’s have access to all of their talent points. Though lower level players have been bolstered in health and damage, they still don’t have the same tools. For example, Jedi Shadows in the Kinetic Combat eventually begin to get free criticals with project, and heal with an un-interruptable telekentic throw. Something a level 10 has no way of obtaining. In addition to this tierd pvp will be coming in the near future, something that should have happened at launch.

Let’s talk about classes. For the most part even as a lower level player I feel most of the classes are rather balanced. There are two thingsI want to shine the potentially overpowered light on. Scoundrel/Operative and tanks.

First the Operative. The concealment tree has a variety of talents (laceration, concealed attacks, Meticulous kept blades to name a few) that increase the damage of their backstabs and melee attacks. As a tank, I usually only fear being jumped by 3-4 people. A single Operative with this spec can quickly deal out a constant string of 2k-3k attacks. In a 1v1 scenario the Operative is deadly, but even in a team fight they can easily take down a person before being targeted and taken down themselves.

So how do we fix it? Well I’m looking at you Acid blade. Acid blade is a great ability that allows the Operative to deal some nasty internal damage over 6 seconds. But the issue I have with it is how much armor penetration it grants the operative. 50% for 15 seconds is way too much. 15 seconds is an eternity in PvP. I have no problem with the ability not breaking stealth, or how much armor penetration it grants, but for the duration. If opened with this, a players first reaction should be to run, and pop a defensive cool down, since it will be some while before it will be safe for them to return to the fray. Drop to a nice 6 or 8 seconds, and I will complain no more.

Now let’s look at tanks. In SWTOR, tanks are more than just unkillable flag carriers. They help reduce the income of damage for near by allies similar to PvE. The issue is not one tank but multiple tanks. Yesterday I was in Alderan Civil Defense. I was matched up with a Commando healer, Jedi Guardian and Gunslinger. The enemy team quickly attempted to kill the commando healer. But with myself and the Guardian tossing various taunts and AoE taunts constantly, the commando did not fall, and were able to win a 6v4 situation.

For those of you who don’t know a taunted player’s damage is reduced by 30% unless they are attacking the tank. While this is great for tanks, it causes a lot of issues with overall game play. The first of which is situation I described above. Two tanks constantly taunting will mean no one on the enemy team is going to die very quickly. It means that there will be long drawn out fights of epic proportion. While I personally have no problem with this, many will may find it frustrating to get a player down to 10% HP only to be unable to kill them.

Another issue which I believe will come later down the line is the idea of focus fire. It’s always been in MMO’s, but with tanks I believe it will become a problem. No matter which way you slice it, if six people choose a target, and unload on them, they will die. I can easily foresee pvp becoming the similar actions of PvE. Players being marked as threats, quickly ccing them and then bursting down who is or is not dangerous.

While Swtor is still young, there is still a lot of changes that need to happen with in the next year to keep it going strong and to attract more players. Until next time, may the force be with you.