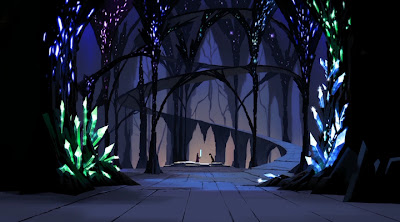 I stared at a lagging computer screen. I was averaging maybe 3 frames per second. I had been in operation groups before, but never this big or laggy.
“So what are you doing?” My brother said as I stared at the screen hoping to make a difference in the ongoing battle.
“Me personally?” I stared into the abyss of red names and lightning. “Every so often I run up, force pull someone into our group and then force speed away.”
“But aren’t you a tank?”
“Tanks still die when 30 people jump them.”

Welcome back to another installment of Intergalactic Intel! This week we’re talking about that nasty old Ilum! For those of you who don’t know, Ilum is the “final planet” currently in SWTOR for all classes. While we’re not going to focus on the dailies or the story quest, we’re going to focus on the real elephant in the room. The PvP.

Ilum is a massive control point pvp style map. There are four points that line up down the center of the map from North to South. Players fight over points by destroying the enemy faction’s vehicles and doing battle amongst each other. Players are awarded Valor for defeating other players. In addition to this there are daily and weekly quests for killing enemy players.

Now while on paper Ilum sounds wonderful. And there a few instances where I have highly enjoyed myself doing battle on Ilum. But there are a lot, and I mean a lot of problems with Ilum. Let’s begin with the capturing. It’s virtually useless. You gain no bonuses for capturing these points and you can still complete your dailies with out having control of Ilum. In fact there is no real reason to worry about capture points.

In addition to not having to worry about the overall objective, there is nothing to stop players from just joining Ilum. Meaning if one faction has a much larger population, there is probably a good chance Ilum will be more of a chore to both factions than fun. Trying to find a few stragglers because my faction is under populated is no fun. Nor is trying to hunt down the few players brave enough to enter the area.

So how do we fix the icy planet of Ilum? There are a few things you can do. I would begin by having the battle for Ilum take place only every few hours as opposed to constantly. This would have more players in Ilum during those few battles, than you probably would all day. Currently Ilum goes all day long, meaning it’s almost impossible for one side to have control of Ilum for more than a few minutes. So battles that last for half an hour every few hours would be key.

Another major aspect is to restrict the number of players allowed into Ilum. Teams should be equal when queuing to enter Ilum. Even one or two more players makes all the difference in PvP. Of course other issues like not being geared comes into play, but no one can really predict all of the issues that come with PvP such as kill trading. That’s it for this week’s Intergalactic Intel! Remember to check out Swtorstrategies for all the latest info on The Old Republic! Until next time. May the force be with you.