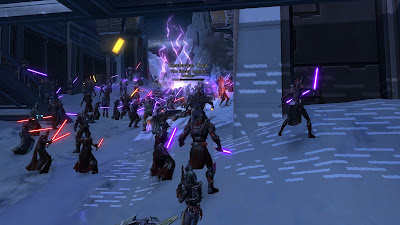 BioWare took the servers down for scheduled Maintenance today. At the same time they launched patch 1.1.5. While this patch is nothing compared to the monster that patch 1.2 looks like it’s going to be, it still brings many new fixes to the game. Check it out below: