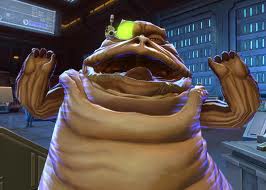 Last week, DarthHater asked players to provide feedback about their experiences with the Cartel Market and now they have the results in for all of us to see. Some are not very surprising- for example, nearly 90% of those who answered the survey are subscribers but it still provided some interesting info. It’s safe to say that many who are fans that visit fansites on a regular basis are subscribers. So we didn’t learn a lot about the free to play market but there are some great stats from this.

You can see the full Survey Results for yourself here from DarthHater but let’s take a brief look at some of the categories and facts.

When asked if they had bought any Cartel Coins with real money, the answers were 50/50 yes and no. 87% of those who took the survey said they have bought from the Cartel Market and only 13% said they have not.

DH then goes on to ask some questions in relation to how much gamers had spent on the Cartel Market. The interesting facts that start to come out from this survey is that it is not the free to play gamers who are spending money in the Cartel Market, as expected with the new f2p model but it’s actually those who are already spending money on a monthly subscription who seem most likely to buy from the Cartel Market and also to spend more.

They go on to ask questions about what users spend money on what some of the most popular items are. They also ask some questions about Cartel Packs and whether or not those who purchased them got what they were looking for with them.

It’s definitely worth the time to read over all of the results. What do you think? Do their poll results seem to line up with what you have seen from the game?

I’d also like to see similar stats on free to play gamers of SWTOR. Are they actually buying from the Cartel Market or not?