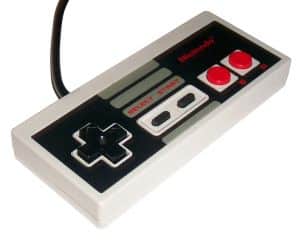 I have been gaming since I was old enough to pick up a controller. I was a child of the 80s- the Nintendo generation- but once I got my first computer and discovered PC games, I knew that would be my favorite platform. We own one of every console but I still play PC games with the most frequency. One thing that has changed a great deal about video games today is the sheer volume of options we have. There is a game for everyone and everything.

Another thing that has changed in the gaming community is the overall attitude of many gamers. We have become an entitled generation of video gamers. Of course, this does not apply to everyone but I use “we” in the collective sense. Gamers today are selfish and impatient. They want what they want and they don’t want to wait for it.

Many successful games (like Blizzard’s World of Warcraft) are so popular because they cater to this mentality. But it’s not just video games that fall victim to this issue- we’re a fast food, microwave generation. We want the quick and easy way to everything and we feel like we deserve to get everything we want.

This is why many gamers today are just not satisfied with the games that are being produced. Yet if you released those very same games back in the 90s or even early 2000s, people would have been completely blown away. Now, we want more, more, more and it seems nothing is ever good enough.

Take SWTOR, for example. So many people are calling it a flop or a failure but if they had released this exact same game just a few years ago, it would have been a massive hit. There were some weak areas in the game, especially at launch, but all in all it’s a good solid game.

My one and only complaint with SWTOR was that they promised us so many things and hyped it up so big that when it was released, some parts were a letdown (space battles, for example). If they had not blown it up so big and instead allowed the community to discover it and praise it on their own, it might have had a different outcome.

Regardless, it’s a solid game with many great features yet so many gamers dismiss it after only a brief trial period because it’s missing this-or-that. I know how much hard work and dedication goes into building a video game and one as large as SWTOR, you better believe there were many sleepless nights in the process.

I had the privilege of meeting a lot of the original developers of SWTOR. They put their heart and soul into the game. They stayed work late and missed dinners with family, time with their loved ones- all in the pursuit of creating the best game possible.

Only to have gamers scoff and criticize…

Have we become too judgmental of video games today? Do we want too much and bash on any game that doesn’t deliver our fantasies on a silver platter?

Maybe it’s time we all go back to the basics of gaming and remember why we fell in love with video games in the first place.