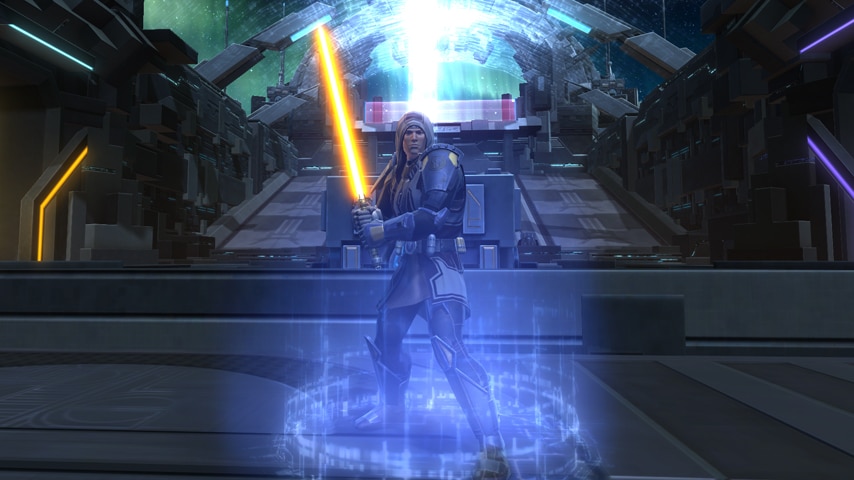 Assistant Designer Alex Modny made a developer blog Friday,  about the upcoming PvP changes coming with Game Update 2.0. SWTOR’s current bolster system is receiving a complete overhaul as part of the 2.0 update. It should fix issues of fairness which are encountered when players turn from level 49 to 50. Now, rather than a universal buff to their abilities, players will receive a boost determined by the equipment they have attiring their character.

With Bolster, the most important change is that the stats are no longer granted on an assumption of stat power based on character level. Rather we look at each one of the Item Ratings (including the Mods, Augments, Armorings, etc. that go into the armor/weapon) of the current equipped gear and base the amount of stats given based on these values. The worse your items are the more stats you are given to get you to the base value we want every PvPer to be at.

“This new Bolster system is not as linear as the previous iteration and contains a greater ability to tweak from our perspective, which should mean a much smoother PvP Leveling experience for all characters. If there is a point at which the gain is too high or too low we can quickly adjust it on a per stat, per item rating level basis. Better control means a better balance. We have that control now.”

The update will also make changes to the PvP bracket system which moves to Level 10-29, 30-54, 55 & 55 Ranked brackets. BioWare is instituting these new brackets to better ensure that max level players are matched up against other max level players

There are two main reasons why we have decided to go with this specific split in the brackets. The new Bolster system should help make things a bit more even when playing against higher level characters who have unlocked more of their abilities than you. Splitting up the brackets gives us a better distribution of this ability power and should make for more enjoyable matches because you will be matched up with other players that are closer to your ability power level. We wanted max level characters to play against other max level characters to prevent them from stat stomping characters that haven’t entered their end game gearing progression yet. The other reason for this breakup is the point at which we decided this split is the point at which characters get access to their spec’s rotation, around level 30 for most specs. We want characters that are starting to get their rotation down to play against other characters that either have a good handful of their rotation and tools or have their rotation already in use. There are of course outliers depending on spec and play style, but using these natural breaks feels comfortable for the PvP landscape in Game Update 2.0.

I’m not sure what to think of that yet. If you get to 55 then surely you can only play with other people who have bought the expansion. That might not be a big pool of players to pick from compared to 50 and below. I would think BioWare have an idea of how many people bought the expansion and made their decision to split the brackets using that information. Either way, it’s not set in stone and they stated that if there are long queue times then they will look into changing it.