Still not sure what Ranked Warzones is all about? The in-game help center might clear a few things up. It sates:

What are Ranked Arena Leaderboards?

Our Leaderboards are where players can go to compare themselves against all other players in STAR WARS: The old Republic. Comparisons are based on a Players’s Rank.

How are Leaderboards categorized?

How is Rank determined?

A player can generate two types of Rank: Solo & Group Rank. When a player plays a Ranked Warzone in either of these categories, their respective Rank will be affected depending on the outcome of the match. The higher a player’s Rank, the higher they will be categorized on a Leaderboard, relative to all other players’ Ranks.

Season 1 is a competition being held over a finite period of time. It is currently scheduled to end with Game Update 2.7, but that is subject to change. During Season 1, a player may play as many Solo or Group Ranked Warzones as they want. At the end of Season 1, each leaderboard will be evaluated and separated into tiers. Each tier will give those players in the certain set of rewards. The higher the tier, the more rewards a player will get. Tier rewards will be inclusive, so whatever tier a player is in, they will get that specific reward, plus all of the rewards from the tiers below them. 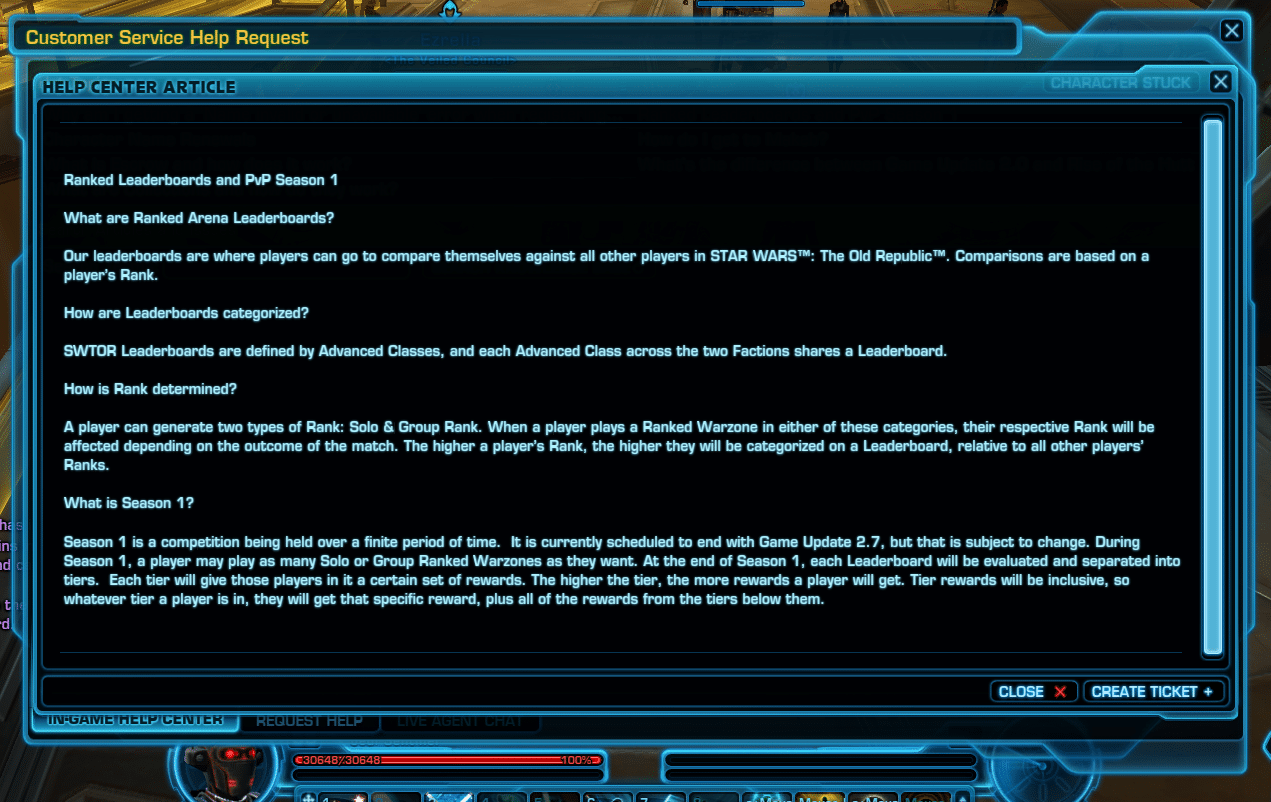