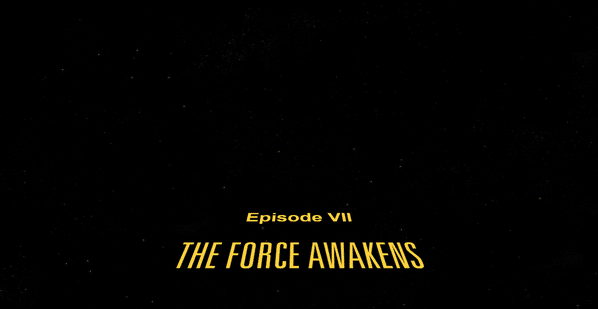 Despite the secrecy surrounding the newest Star Wars movie currently in production, various details regarding its plot, title, character distribution and the props used in it, keep surfacing. At this pace, by the time the finished product actually hits the big screen, people will know the entire storyline and they’ll just show up to see how the director actually pulled things off.

For one thing: Episode VII actually has a title now. It’s called “The Force Awakens” – a wonderfully Star Wars-y title indeed, which is a great throwback that manages to avoid being similar to past titles in the series. We kept hearing that Episode VII was going to be an extension of the original trilogy and its title really does come to confirm that. The announcement was made by Disney with surprisingly little fanfare, considering the high-profile nature of the project.

In other Episode VII spoiler news: a few weeks ago rumors have been floated regarding Luke Skywalker’s (Mark Hamill) heel turn: it has been said that he would be the villain in the movie, but after more information apparently became available, that line of thought can probably be put to rest.

In Episode VII, Luke will apparently be a torn soul, tormented by his own advanced mastery of the Force. Accomplishing a sort of Force unleashed moment, Skywalker transcends the condition of a simple light-saber-wielding Jedi, and he becomes something akin to a sorcerer: the most powerful Jedi ever. His new bond with the Force is one where he no longer holds control over the mysterious entity. Sometimes it is the Force that controls him, and thus – alarmed by his newfound condition – Skywalker retreats into exile in order to protect the galaxy and himself. Eventually, the perpetually warring forces of good and evil draw him out of hiding, both looking to have him join their cause. Exactly how Luke impacts the balance of the latest galactic conflict is unclear, but it is apparently one of protagonists who manages to convince him that his mastery of the Force does not belong in his self-imposed exile.