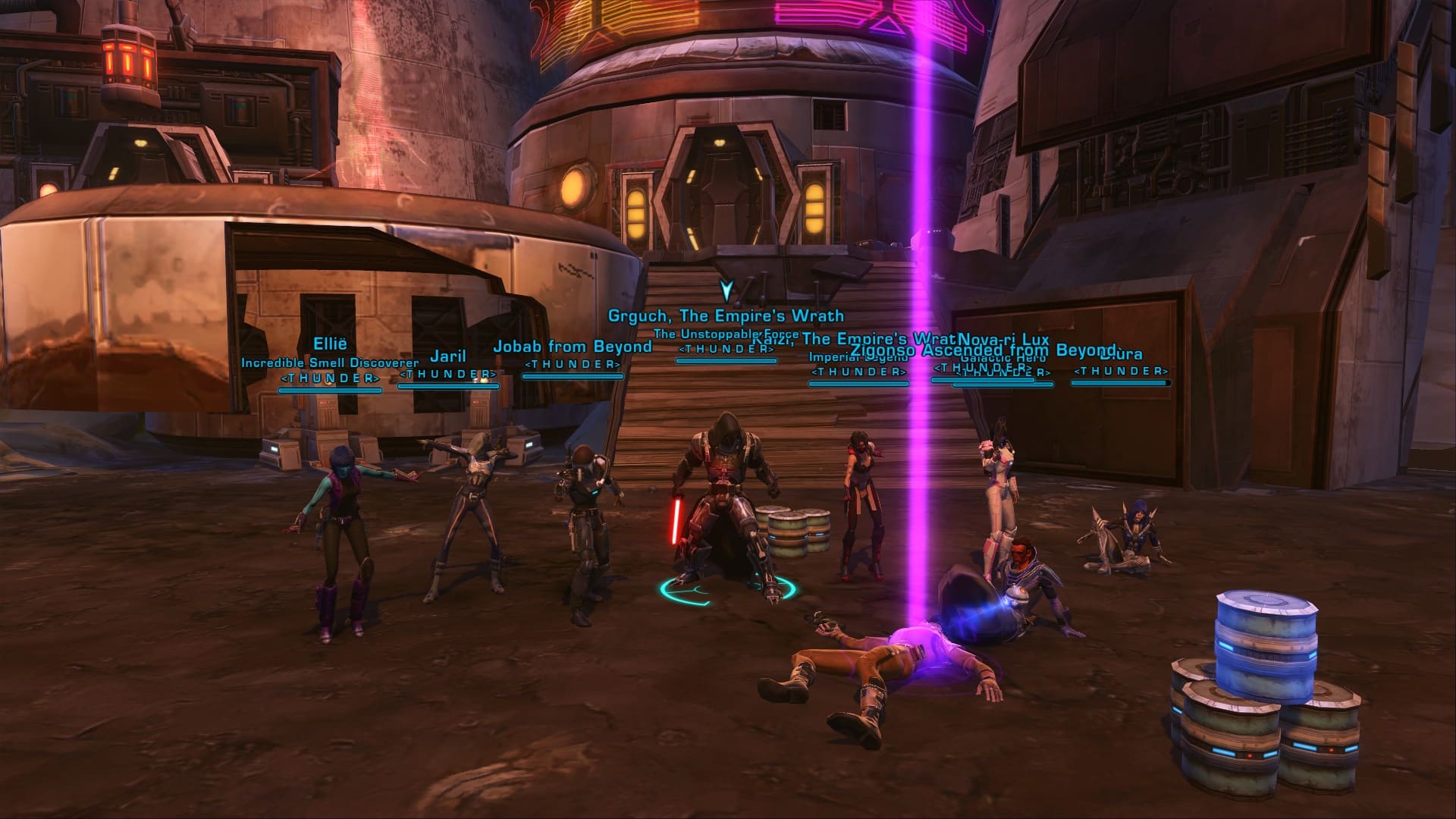 Eric Musco updated the community on the Ravagers exploit. BioWare will be be taking actions on this before end of next week.

Hey folks,Let’s talk a bit about the Ravager’s exploit. There are two stages to the process of removing an exploit and handling actions for players who participated. Stage 1 – fix the issue and ensure players can no longer partake in the exploit. That change is out as of today in patch 3.0.2.

Stage 2 – With the exploit removed, we can work towards finalizing our data review and assigning appropriate actions. We have a lot of information! We know who used it, who they invited, how many times they exploited, when they participated, credits gained, and whether they gained a crafting pattern from reverse-engineering. We are still reviewing the data and determining the appropriate action for those who took undue advantage of the exploit. We won’t be taking action today, but we’ll wrap it up in the next week or so.

On the plus side, most players didn’t partake in the exploit at all allowing us to focus on the few who did. It may seem silly to thank you for not using an exploit, but we really appreciate you taking the time to raise our awareness of the issue through a variety of channels. It demonstrates your commitment to the game and to keeping the game fun, and fair for everyone. So thank you for not using the exploit.