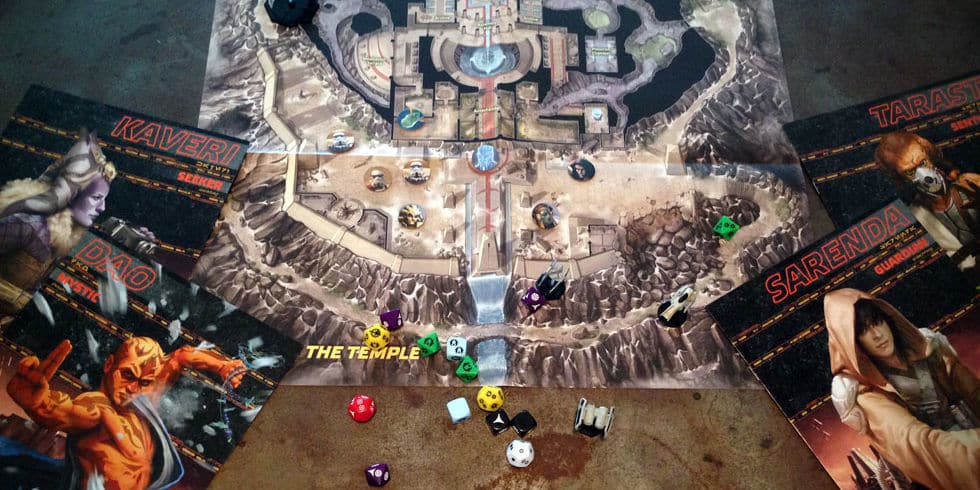 The new Star Wars Roleplaying Game by Fantasy Flight Games is a Star Wars lover’s dream come true. It’s similar to Dungeons and Dragons but it’s in the Star Wars universe. Everything you could possibly want out of a Star Wars table top game can be found in this new game. From using the force to move large objects to epic lightsaber duels, your Star Wars fantasies will be fulfilled.

If you aren’t sure what a tabletop roleplaying game is, let’s break this down: You and your pals sit at a table and you will use paper, pencils, maps, dice, and your imagination to play this amazing story. One player typically runs the game and then comes up with the adventure and the other player controls a single adventurer.

Ever since 2012, Fantasy Flight Games has been doing well creating awesome RPG’s that are set in the Star Wars universe. The first game they released was Star Wars: Edge of Empire and players were smugglers and scoundrels. After, they released Star Wars: Age of Rebellion, where players took on the role of rebels fighting against the empire. The newest release that is headed to stores is Star Wars: Force and Destiny, where players will be wannabe Jedi and Sith and then head out in the galaxy to use force for good and evil.

You will have a few choices when you build your characters. You can choose between a human, Twi’lek, a Zabrak and much more. After you choose which character you want to be you can then dig into the world. You could be a warrior or maybe a mystic, the choice is yours.

Some RPG’s encourage tons of number crunching and managing data, Force and Destiny is completely based on the story. The best thing about the new game is that you will be able to look forward to many more Jedi adventures.