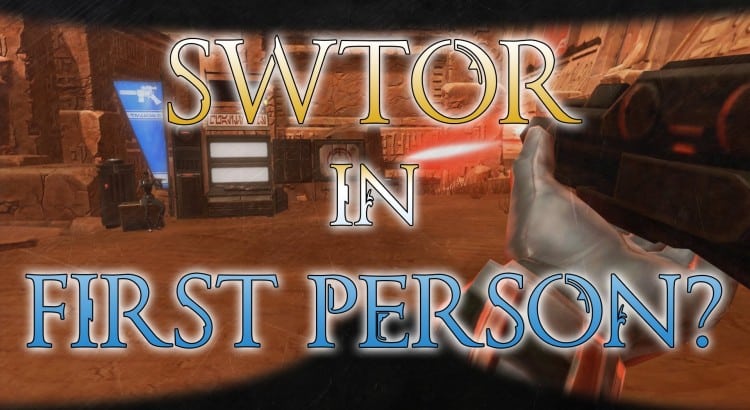 So here is an interesting question that has been theorized before. What if SWTOR had a first-person mode? It worked for Elder Scrolls, right? If SWTOR had a fully fleshed out first-person mode, there would likely be a big market for it. Many current players have expressed they would enjoy it. Still others have said they don’t care much for first-person so the best solution would be a mode that you can toggle on and off. Best of both worlds – those who like it can do it and those who don’t won’t be bothered with it.

This begs the question, “What would it look like?” and while we can’t be certain since it has not been done, one player has created a video to give us a general idea of what it might look like and we think it’s pretty cool. Order of Draki has this video below that demonstrates what a first-person mode might look like.

So what do you think? Are you a fan of first-person mode? Do you think it would work if implemented in SWTOR? Opinions seem to be all over the place when it comes to MMO players, and SWTOR players. Some think it’s a great idea, others say it would ruin the game. Some say it’s good but not for PvP. Some say it would only be good for single player storymode. I can see all sides. I don’t think it’s a bad idea if it was optional so you could toggle on and off. Also, it would be important they get the camera angle right because in some games with first-person, it looks like the camera is waist (or worse, crotch) level and this can be annoying.