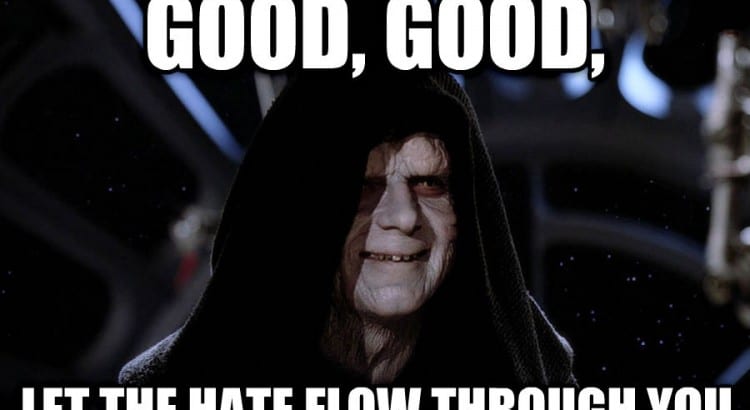 So you’ve got that one friend, the one who says he “just doesn’t get” what all the fuss is about. “What’s so great about Star Wars?”, he says. Or maybe he goes one step further into actual Hater Mode and starts bashing on the films or the franchise. There’s likely a friend like this in ever group (unless you’ve already purged your group of this traitor). So what can you do about?

Sure, it’s okay to accept one another’s differences. We know that not everyone will like the same things and not everyone will love Star Wars as much as you might (although we cannot imagine why). Differences in people make the world go round and that is something to be celebrated. However, if you’re dealing with a friend or family member who just doesn’t “get” your Star Wars obsession, it might be time for an intervention.

You can try explaining all the reasons you love Star Wars so much. You can show him the films until he comes to your side. You could have a lively open debate about it to try to see one another’s sides. Or, you could resolve it the Star Wars way.

Here’s what you can do with a Star Wars hater:

So these are just a few things that made our list of what to do with a Star Wars hater. Do you have any suggestions of your own?