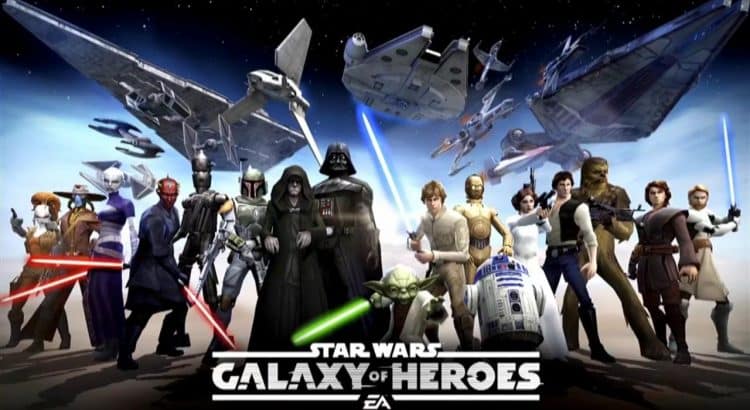 Here is the latest patch notes for Galaxy of Heroes:

WHAT’S NEW- Level cap increase
Are you once again ready to make your heroes more powerful than ever before? Let the training begin – the maximum level is being raised to LEVEL 85! In celebration of the level cap increasing to 85, double drops will be active in Galactic War until Friday, October 14th at 2:00pm PDT) While you’re partying on, please peruse the changes below: