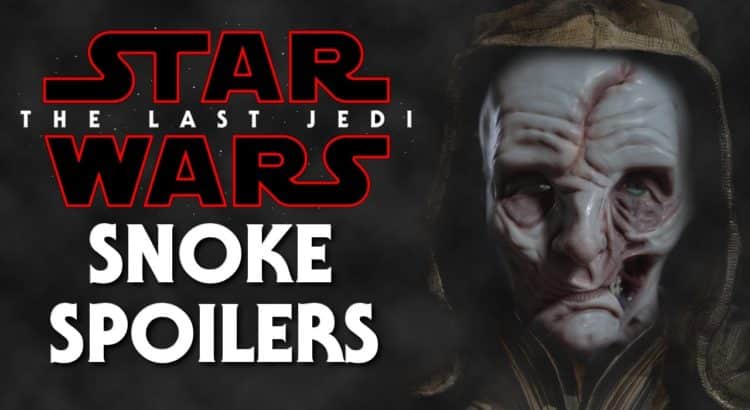 Everyone is excited for Star Wars: Episode 8 and like all of these Star Wars films, things are pretty well under wraps, making it hard for anyone to know what’s happening or what might happen. Disney and Lucasfilm like to keep these really under lock and key. That said, sometimes the rumors turn out to be true and sometimes leaks make it out of production. It’s hard to say whether a reported leak is real, or just a rumor, but since we have time to kill before the film is released, we may as well speculate, right?

So the first leak/rumor we have for you is regarding Snoke’s throne. There have been a lot of questions about Snoke – who he is, why he is there, etc. Might we have some answers coming soon?

Now Star Wars theorist Mike Zeroh, who claims he has a source, has revealed alleged new information surrounding the villain in The Last Jedi. He’s made a couple of videos of Snoke spoilers and leaked material from The Last Jedi.

In his new YouTube video, he says: “Snoke’s Supremacy carries many new TIE fighters that are very similar to Kylo’s TIE silencer.

“Snoke’s Praetorian Guards: One of them uses a whip like weapon with a shocker at the end of it.”