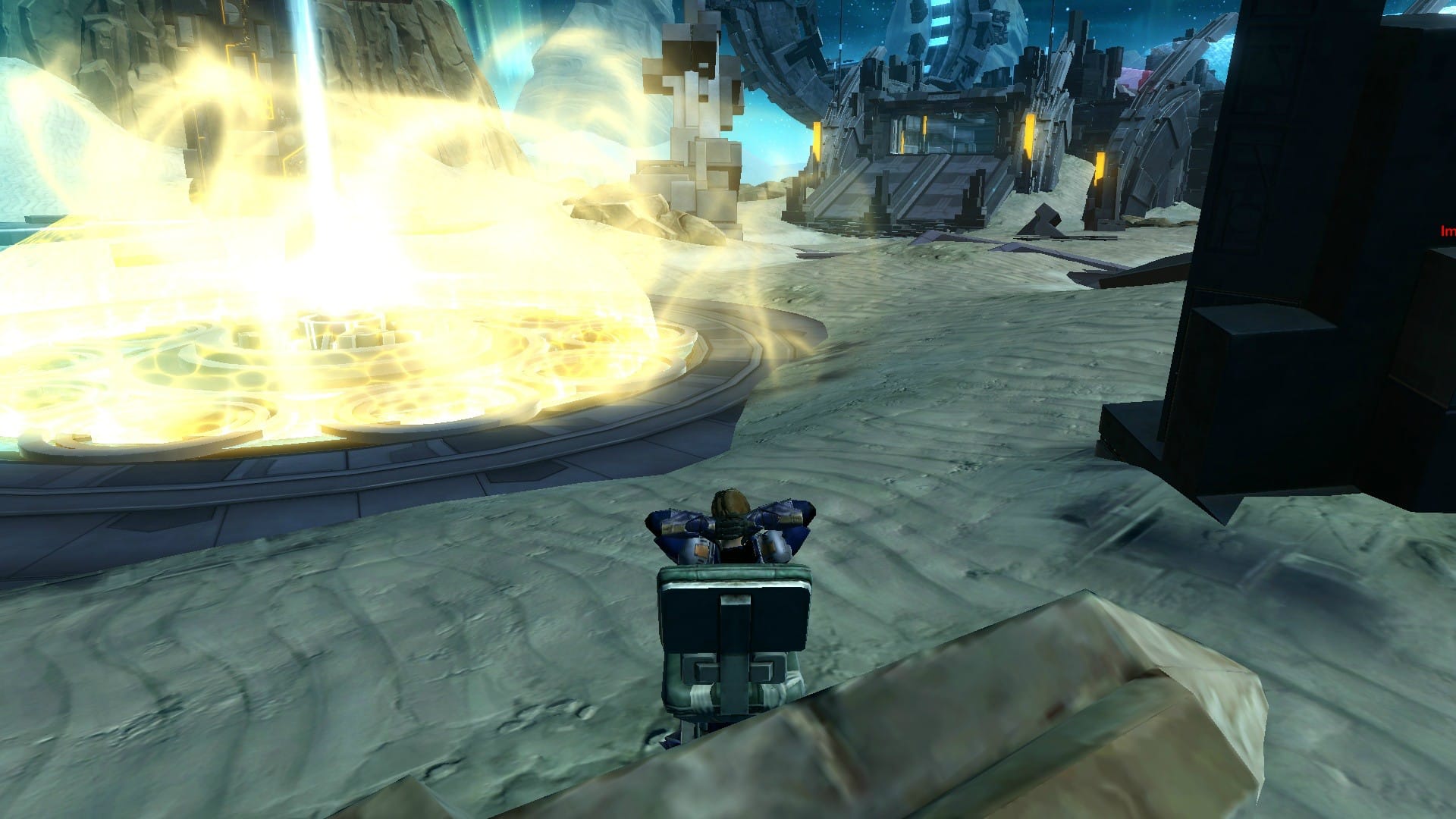 Tait Watson have been active on the official forums regarding Bolstered mods. Bolster was designed to replace Recruit gear because lets face it… Recruit gear sucked. It sucked for the people wearing it and it sucked for the people on their team because they were essentially a free kill. The best fix for Bolster imo is to remove it completely from 55 Warzones. Bam, PvP gear instantly is BiS. But what about the fresh 55? Right now Obroan (67) is the top tier of PvP gear, and Conqueror (65) is second. Add a third tier by bringing back Partisan (63), and have it cost 1 credit. Let people min/max Partisan as the “introductory” gear. Full min/max Partisan with augments will put you around 28k hp. Full min/max Conqueror will put you around 30k hp. Full min/max Obroan with augments will put you around 31.5k. Genuine gear progression without being as woefully behind the highest tier as Recruit was to Elite War Hero. (hp numbers based on Marauder gear).
In 2.7 it looks like a new tier of PvP gear is being added, so the pecking order would be Patch 2.7 Gear > Obroan > Conqueror, with Conq replacing Partisan as the lowest tier.

Below is all the forum posts from Tait:

Over the past few weeks, we have been looking into your reports of lower level mods giving higher stats with bolster than Obroan gear. To test this, we checked the relative power of multiple gear sets against each other, which provides us with our “power differential” between players. We are currently shooting for about a 7% gap between bolstering and default Obroan mods, if you assume the same level of augments.

That said, we tested with a Lethality Sniper and found that there is about a 5% differential between Obroan and the bolstered lower level blue mods. This is with default Obroan mods, so there is some customization potential in the PvP gear that would further improve the gap. Both gear sets included Augments and a Power Crystal. Your results may vary depending on your class and specialization.

Bolster tends to favor pure power as a stat, so the lower blue mods WILL show higher bonus damage values vs default Obroan, which, in turn, grants slightly higher base damages on abilities at the sacrifice of other ratings and endurance. For example, with default Obroan, the Explosive Probe tooltip states it maxes at 3876 damage, while with the blue mods and bolster it tops out at 3915. However, Obroan has better alacrity (+0.06%), crit (+6.22%), and health (+343). In the end (and in a perfect rotation environment), the player wearing Obroan will win a duel.

So what we’re seeing is that, yes, if you’re willing to sacrifice other stats for damage output, these mods can be optimal for your play style. This is not our final design implementation and we are going to continue looking at the balance between default Obroan and bolster. However, we are currently okay with where it is, even being a bit less than the target. Do note that we are aware of an issue regarding Main Hand and Off-Hand gear when it comes to Expertise crystals vs. stat crystals, and are working on a solution. I don’t currently have an ETA for you, but will update you as I know more.

I have been following this and wanted to step in and clarify that we DO NOT consider using the lower level mods an exploit. I have also made a post regarding bolster and these mods here.

Tait, If I write a full response with screenshots tonight, will you respond?

I will certainly read it, but I can’t promise a response – at least not right away. What I can promise to do is pass along your exact mods/equipment to the combat team so that they can recreate your gear and look at the numbers. This can certainly help us narrow down any bugs in the mods that weren’t found during these past few weeks.