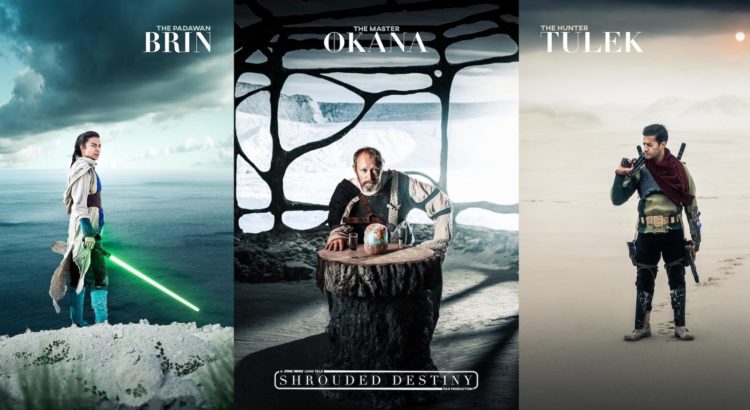 It’s time for another Star Wars fan film and this one is so fantastic! The full length trailer is about 3 minutes long and I’ll embed it for you below, but I highly encourage you to follow this project and keep an eye on it because it’s really amazing.

My name is Shahbaz Sarwar and I’m a man with a dream. A dream of taking my 16 years of accumulated experience from my time in the film industry and take a shot at getting the attention of Lucasfilm and Disney, so that they will meet with me and my team.

The goal? To pitch a unique story in the Star Wars universe that will have the scale of Game of Thrones; the drama of Breaking Bad; the meticulousness of The Wire, and the visceral action of “The Raid”.

Coming all the way from Copenhagen, Denmark, it seems like an impossible journey to reach the makers of Star Wars to have that series of conversations so we may make a streaming series that would have a clear cut goal of being one of the landmark events in television history.

But if a lifetime of watching Star Wars has taught me anything, it is that you don’t tell me the odds, and a lack of belief in something is the reason we fail.

Well, Sarwar says, “I asked him! Then, after saying no, I asked him again two years later. 😀 By then I’d also acted with him on his show “Ride Upon The Storm”, which can be seen on US Netflix in a single episode. :-)”

Perseverance! That’s how you get stuff done. And this entire film project is FULL of perseverance.

3 years. More than 300 volunteers. 2 minutes and 49 seconds. A Long Tale from a long time ago in a galaxy far, far away…

Be sure to give their Facebook page a like to stay up to date on the film and other happenings with the project.