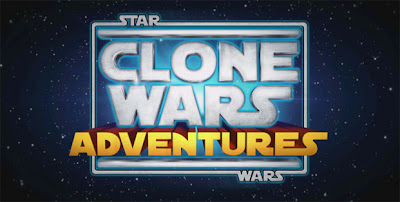 The Force is Now With Mac Players
PC and Mac Players Can Now Team Up with the Republic Online
Sony Online Entertainment and LucasArts, in collaboration with TransGaming announced that Star Wars: Clone Wars Adventures, a free-to-play family-friendly online virtual world, is now available for Macintosh Platform users at www.CloneWarsAdventures.com.Clone Wars Adventures is an action-packed browser-based virtual world where fans can live out the thrills and excitement of Star Wars®: The Clone Wars animated TV series on Cartoon Network.
“The demand for game content on the Mac platform has increased significantly, and we are excited to bring our games to this growing audience,” said John Smedley, president of Sony Online Entertainment. “Through our collaboration with TransGaming, Mac and PC players are able to play together seamlessly on both Free Realms and now Clone Wars Adventures, and we will continue to look for opportunities with future games to do the same.”
Clone Wars Adventures is the ultimate virtual destination for fans of the TV series where players go online to experience fun mini-games, daily activities, events, rewards, lively social environments, and competitions. Players can battle alongside their favorite Star Wars characters like Anakin Skywalker and Obi-Wan Kenobi. It is updated every week with new content pulled from that week’s new episode.
In addition to weekly updates in Clone Wars Adventures, Mac players who log in today will experience the Star Wars holiday season: the Orto Plutonia for Life Day, which brings a host of holiday decorations to the virtual world.  Players can collect Life Day Orbs from around the Jedi Temple for rewards or wear Life Day Robes and collect presents from the Gifting Tree.  Clone Trooper nutcrackers, Clone Snowtrooper outfits, Droid garland and many more festive items will also be available for purchase in the Marketplace.
Star Wars: Clone War Adventures offers a number of additional features, including:
Star Wars: Clone Wars Adventures is rated E10+ for Everyone 10 and up, with content descriptors for Crude Humor and Fantasy Violence.