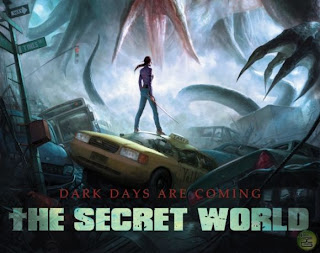 Even though Funcom Games Inc. has produced many award-winning video games, top-level executive Miguel Caron said the company has had trouble translating those accolades into dollars.

“We’re really known for the quality of our games,” said Caron, the CEO of Funcom Canada, from the company’s studio on Ste. Catherine St. W., at the corner of Bishop St. “Commercially, we haven’t seen the correlation of that quality.”

Caron said while its 2008 massively multiplayer online game Age of Conan: Hyborian Adventures received many accolades, including a Grammy Award for its music, the company was disappointed with how it performed compared with the leader in the world of MMO.

“”We thought it could have taken a chunk out of World of Warcraft,” Caron said.

World of Warcraft has grossed nearly $2 billion in revenue, compared with Conan, which has brought in less than one-10th that number.

That’s why Funcom Games Canada Inc. has partnered with Electronic Arts Inc. to co-publish its next massively multiplayer game, The Secret World.

Due out in the next few months, The Secret World is a AAA game produced on a large budget over four years in Funcom’s Montreal studio.

“”They’re the best partner we can have to market this game,” Caron said of Electronic Arts. “EA knows a lot more about marketing than we do, and they’re a lot better at it than we are. This way, we can just focus on creating the best possible game.”

Although the terms of the deal were not disclosed, EA is investing hundreds of millions into promotion and distribution, and will earn a percentage of total sales.

The Montreal studio is the Oslo-based Funcom’s largest, and is its fastest-growing. The studio was founded less than two years ago with just 20 people, and has grown to 138. Caron said the company plans to add several more employees by the summer.